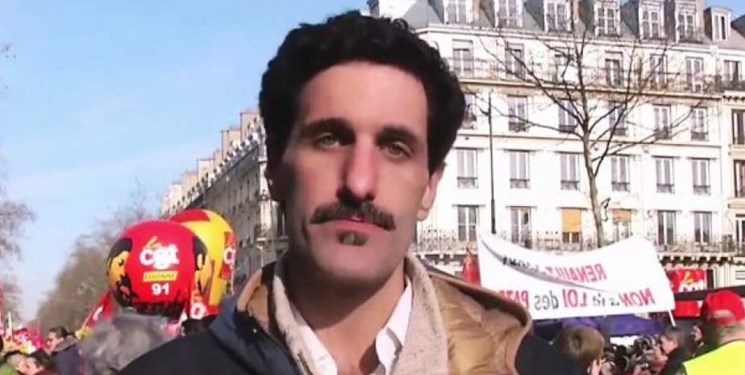 Speaking in interview with FNA, Mazaheri said, “Once an Iran-made vaccine ended the West’s near-monopoly on vaccines, only then did they agree to try compete fairly… The obvious correlation between Iran’s vaccine success and the dropping of Washington’s Covid-related sanctions is simply too shameless to go unnoticed in Iran and elsewhere. It did, of course, go entirely uncommented upon in the West.”

Ramin Mazaheri is an Iranian-American author and journalist in the US. He has authored several books on the Western polities. His works have appeared in various journals, magazines and websites, as well as on radio and television.

Q: How do you find Iran’s success to develop its own native vaccines under the US sanctions?

A: Since 1979 the list of impressive Iranian production development includes automobiles, drones, rockets and, most importantly, human capital: Iran produces the fifth-most science-educated college graduates in the world. When one considers the size of the four countries in front of them (China, India, the US and Russia), and also includes the fact that none of those countries has the added obstacles of decades of sanctions, then the achievement becomes even more head-scratching for the anti-revolution mob. Given Iran’s well-established scientific capabilities I am not surprised that Iran has already developed a vaccine on their own, as well as another vaccine in cooperation with Cuba. It seems almost certain that Iran will quickly vaccinate its own population, which would allow them to export Iranian vaccines to countries who have not been so fortunate. Iran should do this at cost and for obvious humanitarian reasons. So, I think that a positive development out of this sad Covid-19 situation is that Iran’s medical science capabilities will become as internationally-respected as Cuba’s already are, and that is a huge achievement which required decades of investment, planning, work and resistance.

Q: Only three days after Iranian vaccine was approved to be publicly used, the US Department of the Treasury dropped its Iran-sanctions concerning vaccines, masks and ventilators. How do you view that?

A: The obvious correlation between Iran’s vaccine success and the dropping of Washington’s Covid-related sanctions is simply too shameless to go unnoticed in Iran and elsewhere. It did, of course, go entirely uncommented upon in the West. This scandal, one of such tremendous hypocrisy and greed, reminded me that when the West has agreed to detente with a nation with whom they were formerly at odds with - China, Vietnam, the USSR, even late Gaddhafi-era Libya - it was because of the overall socioeconomic and technological success of those formerly-sanctioned nations. Those nations were able to force the West to do business with them on relatively equal terms, as opposed to the usual predatory terms of Western capitalism-imperialism. Western political systems - which are bourgeois/neo-aristocratic - care only for the money-making possibilities of their 1%, and not for representing the morality and humanity of their oppressed masses. Therefore, once an Iran-made vaccine ended the West’s near-monopoly on vaccines, only then did they agree to try compete fairly - if they could not demand the entire Iranian medical-dollar pie, then they greedily would settle for at least a slice or two. So I think what is true of this vaccine scandal will hold true for Iran’s relation with the West as a whole: once Iran reaches a certain threshold of socioeconomic and technological success, then we will see Western sanctions drop as abruptly as their inhumane Covid-related sanctions.

Q: The Western media for long claimed vaccines were not included in the US sanctions. If that was the case, why did the manufacturers avoid selling vaccines to Iran directly, before the US Treasury Department officially dropped the sanctions in mid-June?

A: The brazen lies of the Western media and their state officials regarding the corona-related sanctions on Iran were possible for the simple reason that Western corporate (and the relatively minor state) media are completely anti-Iran and Iranophobic. Asking them for objectivity and truth regarding Iran is tantamount to asking a Western journalist to hand in his or her own resignation - it simply cannot happen. This censorship comes from the very top management or state officials, of course, but after four decades it has become so pervasive that it degradingly extends all the way down to the self-censorship I have personally witnessed by the staff occupying the lowest levels of Western newsrooms. I am trying to stress the reality that Iran has zero allies in the Western media - our situation is analogous to what the Soviets faced before 1989: total propaganda war. Even when something as Hitlerian as denying medication to the sick occurs a public defense using their own “Western humanist” principles is never allowed to be proffered in Europe and the United States. It is a sad situation, but what is sad is the Western ideology which is at fault here.