Ex-Vice President Slams Biden Vaccine Mandates: 'Unlike Anything I Have Ever Heard' 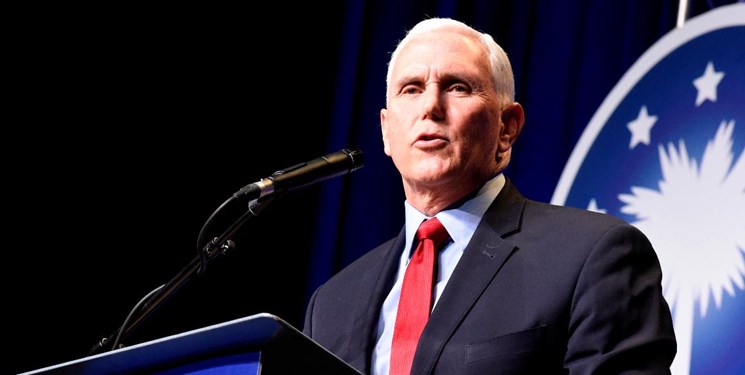 TEHRAN (FNA)- Former Vice President Mike Pence on Friday slammed President Joe Biden's recently announced coronavirus vaccine mandates in an interview on Fox News, saying Biden's announcement was "unlike anything I have ever heard from an American president".

"To have the president of the United States say that he's been patient, but his patience is wearing thin, that's not how the American people expect to be spoken to by our elected leaders," Pence, who has been floated as a potential 2024 GOP presidential candidate, told "Fox & Friends" in his first national television interview in nearly a year.

"The president should simply continue, as we have done, to lead by example. Encourage people to take the vaccine, as Karen and I did on national television back in December," he continued.

On Thursday, Biden announced that all private employers with 100 or more employees must require COVID-19 vaccination or daily testing for workers.

“What more is there to wait for? What more do you need to see? We’ve made vaccinations free, safe and convenient. The vaccine has FDA approval, over 200 million Americans have gotten at least one shot,” Biden said, addressing unvaccinated Americans.

“We’ve been patient, but our patience is wearing thin, and the refusal has cost all of us. So please do the right thing,” he added.

Additionally, Biden called on governors to mandate the vaccine for teachers and school staff.

Pence hit back on Friday, saying "it's exactly about freedom."

"Now to have a president not just scolding the American people, but governors around the country, it's just not the American way," the former vice president and Indiana governor said.

Pence joins a chorus of Republican backlash to Biden's vaccine mandates, which comes as coronavirus cases surge in the US amid the spread of the delta variant.

The Republican National Committee late on Thursday vowed to sue the administration over its vaccine and testing mandates, while various GOP governors have promised to take Biden to court over the mandates.