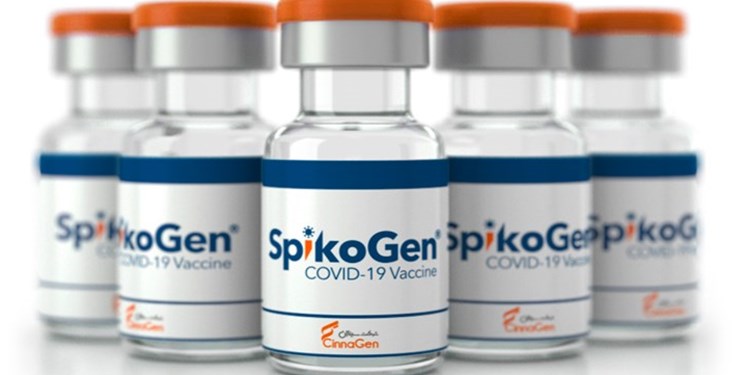 TEHRAN (FNA)- A senior researcher of Iranian-Australian COVID-19 SpikoGen vaccine said that the vaccine will be authorized to be administered in Iran as the third phase of its clinical test is coming to end.

"The authorization of SpikoGen vaccine will administered in Iran by the Iranian Health Ministry," Payam Tabarsi, a coronavirus specialist, said.

He pointed out that SpikogGen’s manufacturer, CinnaGen company, has a capacity to produce 3 million doses a month, and said, "The vaccine has produced 77-percent immunity in its second phase of clinical test and the third phase would be completed by the end of September."

In the first and second phases of clinical test, 16,800 and 2,500 people, respectively received the vaccine and 400 people have registered for the third phase.

The vaccine has passed the pre-clinical and first phase of clinical test in Australia and confirmed by the Australian Health Ministry.

Iran’s Health Ministry also authorized the vaccine to continue with its second and third phases of clinical test in Iran.

In relevant remarks in August, an Iranian official said that SpikoGen has successfully passed the second trial phase in Iran and started the third phase with participation of 17,000 people.

Tabarsi said that the second phase of the clinical trial of the vaccine showed that SpikoGen creates 70% immunity in the body of receivers.

The first phase of the clinical trial was performed on volunteer Australians.

Tabarsi had said in July that the SpikoGen vaccine works on a double-dose immunity platform, adding, “The production capacity of this vaccine stands at 5 million doses per month, and fortunately the infrastructures have been prepared and mass production will start necessary licenses are issued.”

Iran is producing different types of coronavirus vaccines indigenously and in cooperation with other states.