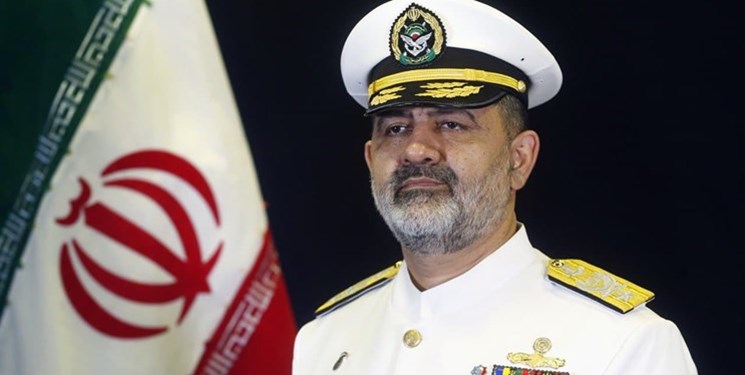 TEHRAN (FNA)- Commander of the Iranian Navy Rear Admiral Shahram Irani stressed that his country will always maintain presence in international waters to guarantee the security of its cargo vessels and oil tankers.

Provision of Iran’s economic security in the seas is the most important mission of the naval forces. Iran is the sole regional country which carries out such a big mission independently in the sanction conditions, Rear Admiral Irani said on Saturday.

The naval forces will continue the mission in the future, he stressed.

The commander noted that the Navy is proud of its flotilla comprising home-made destroyer “Sahand" and Makran warship (floating forward staging base) which will return home within the next few days after passing 45,000 km across Indian Ocean, North Atlantic, South Atlantic, and other important waters.

The Iranian flotilla will dock in Iran after 120 days on the sea, he added.

As the commander said, over 90 percent of Iran’s trade is done through the sea.

Iran’s presence in the seas would be permanent, Rear Admiral Irani underscored.

No threat could prevent Iran from undertaking its missions, he concluded.

Last Tuesday, Rear Admiral Irani said that the 75th fleet of warships returned home after successfully carrying out its mission in the Northern parts of the Indian Ocean, Atlantic Ocean and St. Petersburg port in Russia.