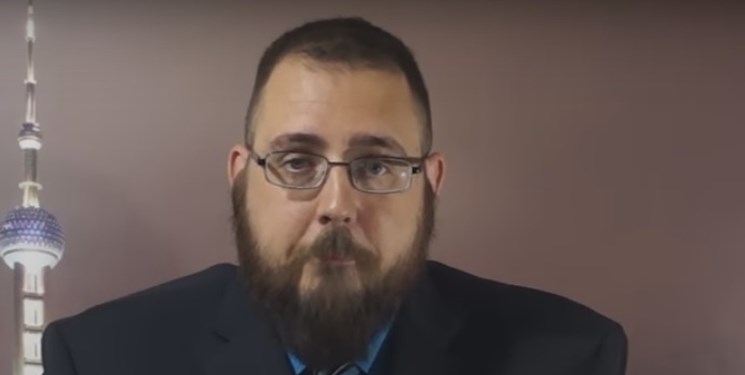 TEHRAN (FNA)- Jason Unruhe, political commentator, says the media outlets such as Press TV which criticize the US and expose its crimes are target of the Western censorship.

Speaking in an interview with FNA, Unruhe said, “Alternative media is subject to all manner of censorship... Facebook is a part of a larger social media world that is wholly dominated by the US, and thus, is made subject to its interests… There are many methods of doing so: banning, blacklisting, deboosting, shadow bans, and smear campaigns. There are all kinds of ways to prevent the public from having access to information that the empire would prefer they not receive.”

Jason Unruhe is a Canadian author and political commentator based in Ontario.

A: Frankly, Facebook’s “community standards” are whatever Facebook wants them to be at any time. A cursory glance at these rules shows the intentional vagueness of them. This is no doubt deliberately done to allow Facebook to apply the rules however they see fit. Just the term “harmful content” can be seen in numerous ways. They do not exactly define what “harmful” is. We must acknowledge that Facebook is a part of a larger social media world that is wholly dominated by the US, and thus, is made subject to its interests. No doubt the specific reason for the removal is not given is so that Press TV cannot appeal the decision. Of course, you cannot defend yourself from an accusation if you do not know what the accusation is. I believe this to be legal trickery: if you cannot form an argument against the ban if you are not told the reason for the ban.

A: This kind of censorship is not seen in the mainstream media. If it has, it has been very rare. The reason is that the mainstream media carries out the particular narrative that fits the goals and aspirations of the US imperialist empire. Since the media does not question this, they are free from censorship. They “tow the line”, if you will. Alternative media is subject to all manner of censorship. Many small media outlets that have a history of criticizing and exposing the crimes of the US empire have found themselves politically motivated targets of that censorship. One merely has to look at the case of WikiLeaks and Julian Assange to witness a prime example of it. The censorship of dissenting voices in the West is common. There are many methods of doing so: banning, blacklisting, deboosting, shadow bans, and smear campaigns. There are all kinds of ways to prevent the public from having access to information that the empire would prefer they not receive.

Q: What precedents could be found for such moves against alternative news sources, such as Press TV?

A: This sets a very dangerous precedent for any media not under the control of the US or its allies. In any method of information control, one of the most important aspects is to omit important information. Press TV, CGTN, and Sputnik offer that kind of information. Already we have seen these outlets listed as “government-controlled” media. This labels them as products of “entities hostile to US interests”. By giving the perception of hostility and thus a threat, the US creates a justification for censorship. Often these outlets are merely defending themselves and each other from information attacks by the US which justifies its jingoism. As they find more excuses to censor dissenting opinions and information, the information and media become increasingly monolithic. Freedom of speech will die. Without free access to information, people can be fooled by deliberately misleading media. The US prides itself on its supposed freedom of the press, an example that others should follow. Yet we see the opposite here right now.