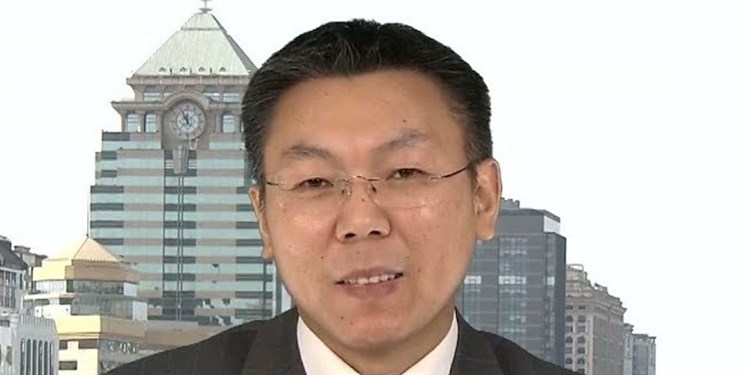 TEHRAN (FNA)- Qindue Xum, political analyst, says the 25-year strategic cooperation plan signed by Tehran and Beijing signals to the West that a new block of power is rising in the East.

Speaking in an interview with FNA, Professor Xu said, ‘The unipolar world is gone, however hard Washington may try to retain. Beside China, the US, Russia, there is European Union, which works hard towards “strategic autonomy”. They know they cannot rely on the US for vaccines, technology and even defense. So, yes, a multi-polar world is here to stay.”

Professor Qindue Xu is an adjunct professor at Renmin University of China, and a senior researcher at Pangoal Institution. He researches on China-US, Korean Peninsula, China-Africa and other China-related topics.

Q: China has been Iran’s top trade partner over the past decade, putting an end to 30 years of Germany’s leading role. Yet, the two have now moved to enhance their ties to strategic partnership following the recent endorsement of the Iran-China 25-year cooperation roadmap. How do you read either side's incentive behind this major step and what outcomes could this document produce for Tehran and Beijing?

A: For Beijing, Iran represents a big market of more than 80 million people, where Chinese products could prove to be competitive in its variety and cost. Iran is potentially a member with huge influence for the Belt and Road Initiative. At the same time, Iran is regarded as a reliable partner and supplier of oil and gas, which is in huge demand in China, the second largest economy in the world.

For Iran, the deal points to a great economic outcome – massive investment can be expected from China in infrastructure, energy, transportation projects and other industries. Investment will create jobs and revenues will grow for the government. China represents a big destination for Iranian export of oil, gas and other products. In addition, the 25-year agreement is symbolically important as it points to a reality that US attempts to isolate and suppress Iran has not and will not be successful. China is a permanent member of the UN Security Council, so partnership with China means a great deal in terms of national security of Iran.

At the same time, both countries are under US pressure, such a cooperation is mutually beneficial.

Q: China and Iran are both sovereign countries, free to make deals in various areas. Why does the US feel panicked over the widening cooperation between Iran and China under the Iran-China 25-year strategic cooperation plan?

A: While Tehran is looking at reviving the JCPOA, the 25-year deal with Beijing puts Iran in a position of strength at the negotiation table with Washington.

Long term point of view, the US is worried that Iran will stand side by side with China, its major strategic competitor. That will strengthen China’s hand in handling with the pressure from Washington, which is working to build an anti-China united front at the risk of dividing the entire world.

Washington is panicked with a prospect that a closer relationship with Beijing means Iran will have more international space to develop and become stronger despite the US sanctions. And a stable and prosperous Iran will mean a complete failure of US strategy of containing Iran.

Washington is also worried that, along with its investment in Iran, China’s influence in the Middle East will grow and its dominant role in the region will be reduced as a result.

Q: What does the deal mean to the US-led West, when it comes to its trade war with China, and sanctions against Iran? Is it a shift from the US-desired unipolar world to multipolarism, and could this move herald a rise of the East and Eastern civilization as a new block of power at world levels?

A: Despite the “we are back” rhetoric, what the new US government can do is limited in global economic recovery, investment and trade (there is no trade deal with any countries in sight). Instead, they are focusing on so-called value diplomacy, weaponizing human rights and freedom as tools against countries like China, Russia and Iran with an intention to pull European countries into an anti-China camp.

But the unipolar world is gone, however hard Washington may try to retain. Beside China, the US, Russia, there is European Union, which works hard towards “strategic autonomy”. They know they cannot rely on the US for vaccines, technology and even defense. So, yes, a multi-polar world is here to stay.

Iran-China agreement may send a signal to the West that, like it or not, the rise of the East could be up coming. If things go smoothly according to the plan, a new block of power at world levels is not unexpected. But that requires more than trade and investment, it needs people to people exchanges and strategic cooperation between countries, which will lay a solid foundation for truly close relationship among like-minded countries which emphasizes sovereignty and non-interference of internal affairs.