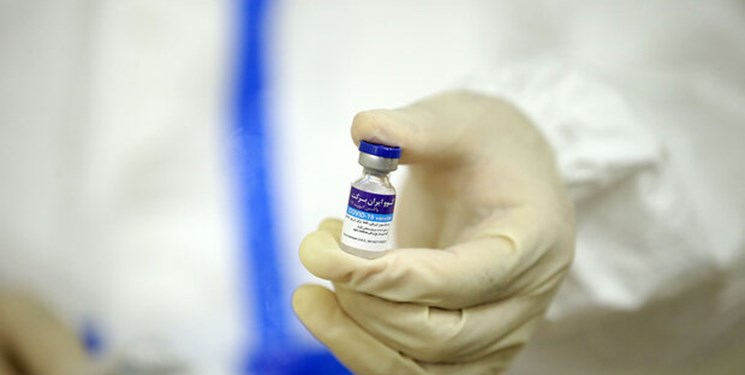 TEHRAN (FNA)- Kobra Sajjadi, an activist, says Tehran has once again proved it is standing firm in defiance of imperial colonialism by developing its own native vaccines.

Speaking in an interview with FNA, Dr. Sajjadi said, “Iran manufacturing its own vaccine is not only safer than purchasing a vaccine from the US, as companies like Pfizer and Moderna have evaded all legal responsibility in any potential side effects, but it also allows for less dependence on foreign trade. Secondly, the Iranian vaccine cannot only provide protection for its civilians but, if exported, can serve others globally while simultaneously aiding in economic progress.”

Q: How do you find Iran’s effort to develop its own home-grown vaccine amid the US sanctions on the researchers and the manufacturing companies?

A: Iran has been sanctioned since the revolution in the 1970s as a form of punishment for their independence; with additional sanctions added regularly from one administration to the next, regardless of which party is holding power in the US. It is a Bipartisan effort embedded in the very core of American foreign policies intended to destabilize a nation that stands in defiance towards imperial colonialism. The IAEA inspected Iran fifteen times and each time announced Iran is in complete compliance with JCPOA; however not only were sanctions never removed, but more were added by Obama, Trump, and recently Biden.

It comes as no surprise that when the pandemic started, along with other medical constraints already in place, the US would withhold life saving measures including testing, ventilators and vaccines from reaching Iran. What can Iran do in response? Well, on very broad terms there are two solutions, continue negotiations, or strive towards self-sufficiency. Continuing negotiations with a country that has not once implemented the deal and has repeatedly failed to fulfill their obligations may not yield timely results. That is why Iran took the latter route with the vaccine.

Q: Only three days after the Iranian vaccine was approved to be publicly used, the US Department of the Treasury dropped its sanctions against exporting vaccines, masks and ventilators to Iran. Why is that the case?

A: The harsh sanctions are intended to cause grave human suffering with the hopes that a population will become desperate enough to welcome foreign intervention with open arms. By practicing self-sufficiency Iran is able to bypass these efforts, rendering the sanctions useless. What does a capitalist empire do when suffocating an economy is unavailing? They then move to maximize profit by selling what was previously withheld. By acknowledging this pattern one can then understand why the US lifted the sanctions after Iran was able to manufacture a vaccine. Not only can the US now pursue a profit margin but in fact hope for internal unrest from a new angle, one in which a subset of civilians who are unaware of global matters then question why Iran will not buy the vaccine.

Q: Do you believe Iran’s move to develop its own home-developed vaccine will affect its position in the international relations?

A: Iran manufacturing its own vaccine is not only safer than purchasing a vaccine from the US, as companies like Pfizer and Moderna have evaded all legal responsibility in any potential side effects, but it also allows for less dependence on foreign trade. Secondly, the Iranian vaccine can not only provide protection for its civilians but, if exported, can serve others globally while simultaneously aiding in economic progress. Iran is a leading country in many aspects including nanotechnology, stem cell research, and satellite technology. These are achievements that are praiseworthy from a nation that has been held on an economic stronghold for decades. By producing a native vaccine, Iran is moving another step forward in defying the power that the US once held over the nation. In the late seventies, the CIA invested in turning the Shah into a symbol of progress; by portraying an image of success directly linked to American corporate interests, regardless of the toll it was taking on Iran internally. However, the tides have shifted, and although Iran is open to cordial negotiations, it is no longer a country that will be taken advantage of by imperial powers.

It is important to keep in mind that sanctions impeding the trade of essential goods, such as medical necessities, are considered a violation of International Law, even when at war. The UN has repeatedly condemned these acts as economic warfare; however, “American exceptionalism” has allowed the US to continue its embargo on countries, such as Iran, while ostracizing any country that attempts to partake in trade with Iran.