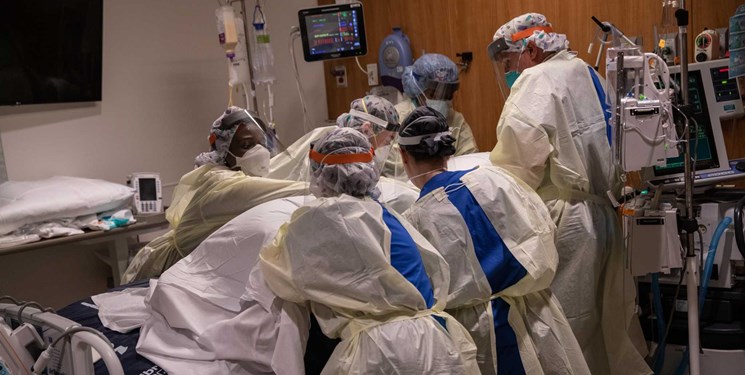 TEHRAN (FNA)- More than 134,000 people have died with COVID, according to recent figures released by the government on Saturday.

An additional 156 people have died within 28 days of testing positive for the coronavirus, taking the number since March last year to 134,144, The Independent reported.

The new daily death toll is 30 percent more than the 120 recorded last Saturday, according to the government’s figures.

Overall, 158,418 deaths have been recorded in the UK where COVID-19 was mentioned on the death certificate, separate data from the Office for National Statistics (ONS) published on August 27 shows.

The government’s new data shows that 29,547 more people have tested positive for the virus in the latest 24-hour period.

The rises in daily cases over the past two months – with a spike of 54,183 on July 17– has been driven by the more-contagious Delta variant.

Saturday’s figure takes the total number of recorded cases of COVID since the pandemic began in early 2020 closer to nearly 7.2 million.

A total of 8,098 people have been in hospital with COVID, according to the latest figures on September 8  – which represents a 14 percent rise from 11 days prior, when there were 7,091 people hospitalised.

Some 1,060 of the 8,098 people that have been in hospital were in a serious or critical condition, and have most likely been using ventilators to breathe.

COVID bed occupancy levels are at their highest levels since March 10, according to government data, but far below the peak of nearly 40,000 people back in January.

Hospitalisations would need to hit 1,500 a day for the NHS to become overwhelmed by COVID, which is forecast to happen when there is about 50,500 new infections recorded a day.

This number could be reached within two months if the number of daily admissions continues on its current trajectory, according to new analysis from science analytics company Airfinity.

Downing Street has not ruled out a “firebreak” lockdown during October half-term – or certain restrictions such as mask-wearing, social distancing, and working from home – if hospitalisation numbers continue to increase.

The figures come as Prime Minister Boris Johnson is expected to announce a plan for COVID booster jabs next week, and a massive flu vaccine campaign to be rolled out at the same time.

A senior NHS officials has told The Independent that the recent increase in hospitalisations is “a real concern”.

Saffron Cordery, deputy chief executive of NHS Providers, said the rise in admissions coincides with “an exceptional demand for urgent and emergency care and mental health services, and just as the NHS is working flat out to recover the backlog”.

“So no one should be under any illusions about the scale of the task we face in the coming months as we head into what looks like being a very difficult winter,” she added.