Iran Asks for Rapid Expulsion of Terrorist Groups from Iraq 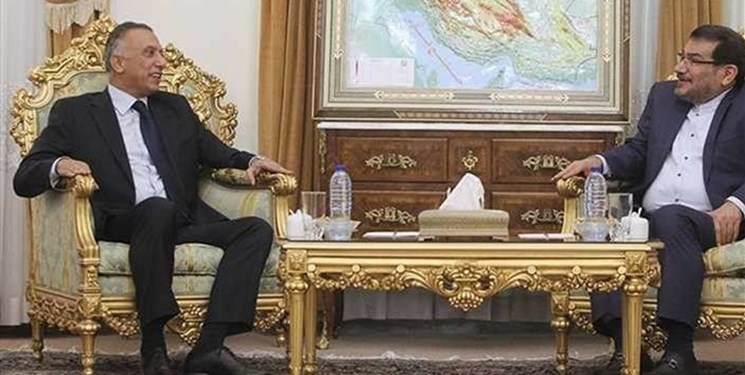 TEHRAN (FNA)- Secretary of Iran’s Supreme National Security Council (SNSC) Ali Shamkhani called on Iraq to disarm and expel the terrorist groups, specially those stationed in Kurdistan Region, as soon as possible, saying that they are dangerous to regional security.

The increasing moves by terrorist groups based in the Iraqi Kurdistan Region are detrimental to security in regions along the two countries common borders, Shamkhani said in a meeting with visiting Iraqi Prime Minister Mustafa al-Kadhimi in Tehran on Sunday.

He emphasized that such groups should be rapidly disarmed and expelled from Iraq.

Last Monday, the commander of the Ground Force of the Islamic Revolution Guards Corps (IRGC), Brigadier General Mohammad Pakpour, reacted to recent moves by anti-Iran armed terrorists in the Northwestern border areas of the country, and warned Iraq’s Kurdistan Regional Government against allowing terrorist groups to use its territory to pose threats against security of the Islamic Republic.

Noting that armed terrorist groups use Iraq’s northern territory as a base to sow insecurity in Iran’s border regions, the IRGC commander said, “Continuation of this situation is not tolerable for us and we will give necessary response to terrorists.”

On Thursday morning, Iran’s IRGC pounded the positions of terrorists in northern Iraq using suicide and combat drones as well as smart and precision-guided artillery to target the terrorists in the semi-autonomous region's rugged mountains.

Elsewhere in his remarks, Shamkhani pointed to the cooperation of some compromising regional countries with the Israeli regime, saying, "Such measures, which are taken within the framework of the new US national security doctrine, will not only fail to help establish security and stability, but will escalate the crisis and intensify insecurity in the region."

He added that 20 years of the catastrophic occupation of Afghanistan by the United States proved that the US presence and intervention in the region has no result but increased instability and insecurity as well as greater material and spiritual damage to regional people.

Iran's top security official emphasized that regional nations have suffered a heavy cost to end the US presence in the region, saying that the Iranian and Iraqi people as well as the resistance front still demand the punishment of perpetrators behind the assassination of their top anti-terror commanders, that is, Iran's Lieutenant General Qassem Soleimani and deputy commander of Iraq's Popular Mobilization Units Abu Mahdi al-Muhandis.

US terrorists assassinated General Soleimani, the commander of the IRGC's Quds Force, along with Muhandis and their companions by targeting their vehicles outside the Baghdad International Airport on January 3, 2020.

The cowardly act of terror was carried out under the direction of former US president Donald Trump, with the Pentagon taking responsibility for the strike.

Iran’s Foreign Minister Hossein Amir Abdollahian said last month that the US will not go unpunished for its assassination of General Soleimani, vowing to pursue legal actions against those behind the act of terror.

“The US government cannot escape the consequences of this act, and the perpetrators and directors of this terrorist act must be punished and brought to justice for their action,” Amir Abdollahian added.

The Iraqi prime minister, for his part, said Iran plays a leading and strategic role in the fight against terrorism, particularly the ISIL terrorist group, adding that his country would never forget the all-out support and sacrifices of the Iranian government, people and the Armed Forces when Iraq was in dire straits.

Al-Kadhimi added that the Iraqi people and government will always stand by Iran in dealing with problems and difficulties.

Heading a high-ranking political and economic delegation, al-Kadhimi arrived in Tehran on Sunday to hold talks about bilateral relations, issues of mutual interest as well as regional and international developments in meetings with Iranian officials.