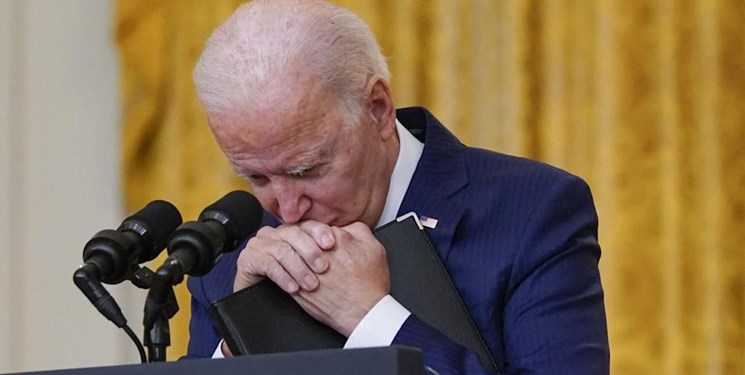 “If we cannot resolve our differences, please shut up,” Qin reportedly said in a private Zoom meeting hosted by the National Committee on United States-China Relations, a New York-based nonprofit, late last month.

According to the National Review, which reported on Qin’s alleged remarks on the basis of a source said to be familiar with the exchange, the ambassador made the comments after Evan Medeiros, a Georgetown University prof and former Obama-era advisor on China issues at the National Security Council, asked what measures the US and China could take to improve relations.

Before advising US officials to “please shut up,” Qin reportedly asked Washington to stop deliberately exacerbating tensions between the two countries.
The National Review expressed shock over the senior Chinese diplomat’s comments, pointing out that the National Committee on United States-China Relations meeting included senior American China experts including former secretary of state Henry Kissinger and former Clinton and Obama staffer Jack Lew.
Chinese and US officials have not commented publicly on Qin's alleged remarks in the call.

Qin, a former foreign ministry spokesman and vice minister of foreign affairs, was named China’s ambassador to the US in late July.

In comments of the Zoom meeting which were made public earlier, the diplomat blasted leaders in Washington and policy thinkers for approaching the China-US competition as a new “cold war”, saying this was a “misjudgement".

“The extreme China policy of the previous US administration has caused serious damage to our relations, and such a situation has not changed. It is even continuing,” Qin complained.

Despite initial hopes in the wake of President Joe Biden’s victory in the November 2020 presidential elections that US policy toward China would shift post-Donald Trump, the Democratic president has not publicly sought to alter the relationship with Beijing, demonstratively inviting Taiwan’s de facto ambassador to the United States to his inauguration in January, and continuing the multi-trillion dollar trade, tariff and tech transfer wars started by his predecessor. The Biden administration has also leveled accusations against China about “human rights abuses” and “genocide” in the province of Xinjiang, and increased military deployments near the country’s borders, including in the contested East and South China Seas. China rejected the allegations levelled by the US, recalling Washington’s own spotty human rights record, and calling on America to stop meddling in other countries’ internal affairs.

China-US tensions have escalated most significantly over Taiwan, which the People’s Republic considers an integral part of China, amid the consistent deployment of warships in the Taiwan Strait, and perceived US support for the island’s “separatist” authorities. Last month, Biden promised that the United States would come to the defence of Taipei if was attacked by “bad guys”, with his comments prompting Chinese media to accuse him of making “empty” and “reckless” remarks, and to warn that Washington would “have to prepare for much greater storms” in the Taiwan Straits if it did not back away from the president’s position.