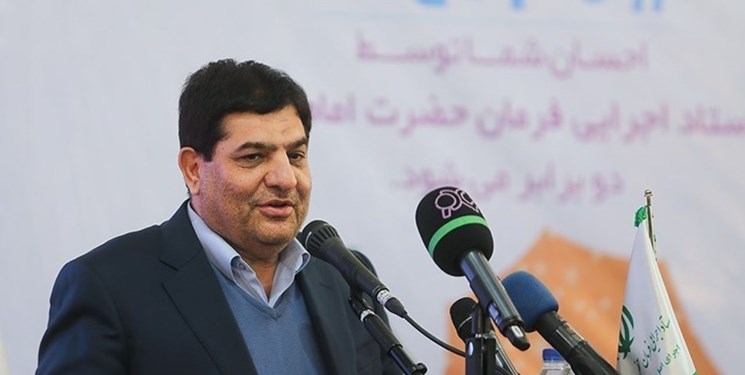 TEHRAN (FNA)- Iranian First Vice-President Mohammad Mokhber lauded the Iranian Navy for sending fleet of warships to the Atlantic Ocean, describing it as a message of peace to the neighboring and regional states.

The brave and devoted Army forces of the Islamic Republic of Iran showed that with their mighty presence in the high seas and oceans, they are prepared to “kill in the bud any conspiracy against Iran’s security and interests”, Mokhber said in his message on Tuesday.

“Undoubtedly, this highly strong presence is a milestone in the regional and global security developments and conveys the message of peace and friendship of the Islamic Republic of Iran’s nation and government, specially to neighbors and countries in the region, to strengthen diplomacy and expand relations based on mutual respect and friendship to cooperate with each other to establish security in the region, specially security of the seas and important waterways,” he added.

Iran’s Army Commander Major General Abdolrahim Moussavi welcomed the 75th Flotilla of the Islamic Republic of Iran Army’s Navy returning from the Atlantic Ocean voyage in a ceremony held on Sunday in the presence of the governor of Hormuzgan Province and local officials.

Iranian Navy Commander Rear Admiral Shahram Irani underlined that the country's Naval Forces are fully prepared to be present and conduct operations at any point in oceans across the globe.

"We are able to carry out our missions in even in stormy ocean environments and thousands of kilometers from our homeland," Rear Admiral Irani said on the sidelines of a welcoming ceremony held for the return of the 75th Fleet of the Islamic Republic of Iran Army’s Navy 75th Naval Fleet on Sunday.

The welcoming ceremony of the 75th Naval Fleet of Army was held in the presence of General Mousavi and Rear Admiral Irani, as well as other senior military commanders and officials.

“Congratulations on the mighty and honorable return of the 75th Fleet of the Islamic Republic of Iran Army’s Navy from the dangerous mission of voyaging in the Atlantic Ocean, which has been carried out for the first time in the history of the country's navigation,” the message to Major General Moussavi said.