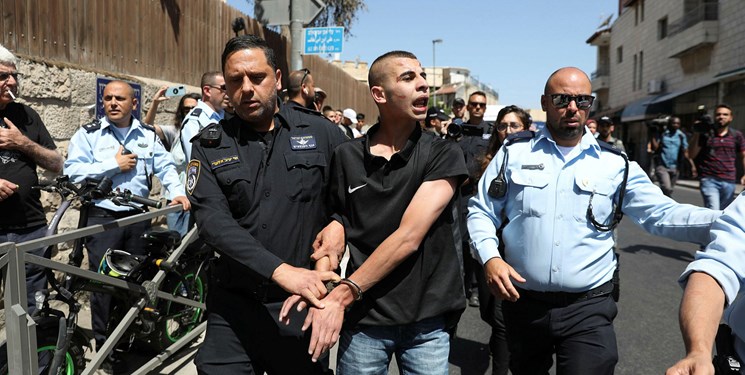 TEHRAN (FNA)- UN High Commissioner for Human Rights Michelle Bachelet hit out at the Israeli regime for using “excessive or entirely unwarranted” force against Palestinian people in the occupied territories in violation of international rules.

In a verbal report at the 48th session of the Human Rights Council on Monday, Bachelet said that so far this year, 54 Palestinians, including 12 children, have been killed by Israeli forces in the West Bank -- more than double last year's figure, presstv reported.

More than 1,000 Palestinians have been injured by Israeli live ammunition during the same period.

"In the Occupied Palestinian Territory, I deplore continued and increasing instances of excessive or entirely unwarranted use of force against Palestinian civilians by Israeli Security Forces," she said.

The Israeli military frequently carries out wide-ranging arrest campaigns across the West Bank under the pretext of searching for “wanted” Palestinians.

The Tel Aviv regime has been repeatedly criticized for its extensive use of lethal force against and extrajudicial killing of Palestinians who do not pose an immediate threat to the occupation forces.

Four of the inmates were detained again by Israeli police over the weekend, but two remain at large.

The jailbreak has been hailed as a victory by Palestinians, while Israelis have decried it as a major security and intelligence failure.

Israeli media claimed on Monday that the regime’s forces had foiled a major attack planned by Palestinian resistance groups in solidarity with the escaped prisoners.

They also reported that Israeli police were going on high alert fearing further violence over the Yom Kippur holiday, particularly in Al-Quds.

Speaking to the Kan public broadcaster, Israel’s Public Security Minister Omer Barlev said, “I don’t know if we are on the verge of an escalation. But we are definitely in a very sensitive period.”

“Any incident could set off the entire area, so we are preparing for an escalation” in Al-Quds, the West Bank and the Gaza Strip, he said, stressing, however, that none of the sides had a real interest in “igniting this barrel of gunpowder.”

Hamas attributed the recent surge in unrest to the prison escape.

“The escalation of stabbings in occupied Al-Quds, the shootings, the increasing clashes of popular anger in the West Bank and the demonstrations in Gaza, come within the framework of the freedom uprising launched by our Palestinian people in solidarity with the heroic prisoners and confronting the arrogance of the occupation against them,” said Abdelatif Al-Qanou, a spokesman for the Gaza-based Hamas resistance movement.

In a statement carried by Turkey’s Anadolu news agency, the Palestinian Prisoner Society (PPS) said that Israeli forces had beaten some 90 Palestinian inmates during the process of transferring them from Gilboa prison to nearby Shatta prison.

"The Zionist regime is preventing the release of any news from Gilboa prison, cutting the facility’s communication lines," the statement added.