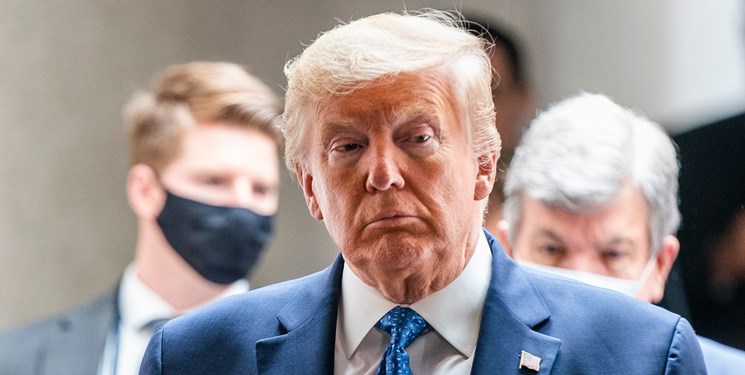 TEHRAN (FNA)- Members of former President Donald Trump’s administration were warning privately of a serious spread of COVID-19 in the US while the president was publicly bashing his political opponents for warning of the exact same scenario, according to emails obtained by Congress.

The House select committee to probe the handling of the COVID-19 pandemic released emails on Tuesday between Peter Navarro, the former White House trade adviser, and Steven Hatfill, a pathologist and outside adviser to Trump. In the emails, Hatfill warns the White House: “[i]n truth we do not have a clue how many are infected in the USA”, adding that the first major wave of infections would begin in the US “within the next 7 days”, The Independent reported.

“The [Centers for Disease Control (CDC)] has made a series of critical mistakes in implementing the most basic measure in infectious disease control, when it distributed infective test kits for coronavirus diagnosis. This served to limit our ability to screen individuals for COVID-19 infection and containment,” Hatfill said in an email dated 29 February 2020.

“This will be accompanied by a massive loss of credibility and the Democratic accusations are just now beginning. This must be countered with frank honesty about the situation and decisive direct actions that are being taken and can be seen in the broadcast news,” he warned.

The Panel’s Chair, Rep James Clyburn, said that the exchange was proof that the Trump administration “failed to heed early warnings” about the COVID-19 pandemic.

At the time, Trump was both touting the speed of his administration’s response to the outbreak, as well as the efficacy of COVID-19 tests that were being pushed out by the CDC despite his own advisers’ warnings that they were “ineffective” for detecting the virus.

“Anybody right now, and yesterday, anybody that needs a test gets a test. They’re there. And the tests are beautiful ... the tests are all perfect like the letter was perfect. The transcription was perfect. Right? This was not as perfect as that but pretty good,” Trump said on March 6, after Hatfill’s warning was received by the White House.

The warnings about “ineffective” tests weren’t the only attempts made by Hatfill to get the White House to take further action to prepare the US for a wider outbreak.

In early March, Hatfill warned in draft memos obtained by the committee that the US could face a shortage of medical ventilators, and urged the White House to “ensure an adequate supply” as quickly as possible.

Ventilator shortages in some states would soon be reported just weeks after that memo was sent.

“Documents recently obtained by the Select Subcommittee reveal new details regarding the Trump Administration’s awareness of the looming coronavirus crisis in the early weeks of the pandemic and failure to execute an effective strategy to contain the virus,” said Clyburn in a statement.

“These exchanges add to the growing body of evidence that the Trump Administration knew the significant risk posed by the coronavirus but failed to execute an effective strategy to reduce the loss of American lives. The Select Subcommittee seeks to understand what the leaders in the Trump Administration knew, when they knew it, and how their decisions may have contributed to the catastrophic loss of life,” he continued.