WHO: Only 2% of World's COVID Vaccines Administered in Africa 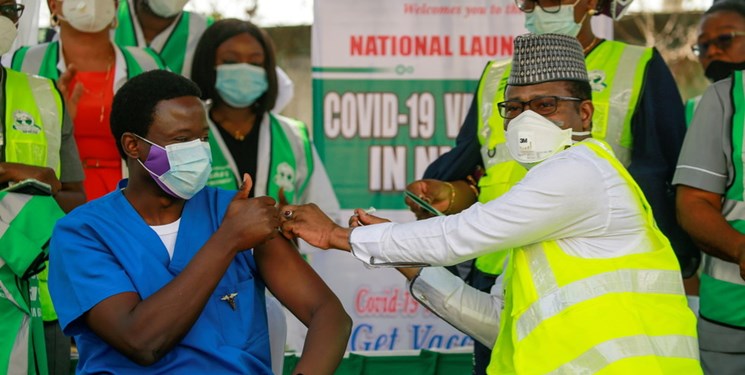 TEHRAN (FNA)- Africa has been "left behind by the rest of the world" as only 2 percent of the more than 5.7 billion Coronavirus vaccine doses administered globally have been administered there, the head of the World Health Organization (WHO) stated, warning the world against vaccine inequity.

The WHO's aim is to vaccinate at least 40 percent of the population of every country by the end of this year and 70 percent by the middle of next year.

However, only two countries in Africa have reached the 40-percent target, the lowest of any region, Xinhua news agency quoted WHO Director General Tedros Adhanom Ghebreyesus as saying.

"That's not because African countries don't have the capacity or experience to roll out COVID-19 vaccines. It's because they have been left behind by the rest of the world," he added.

Last year, the WHO and its partners launched COVAX, the global initiative to ensure fair and equitable access to COVID-19 vaccines.

To date, it has delivered more than 260 million vaccine doses to 141 countries.

However, COVAX has also faced several challenges which, according to the WHO, were triggered by manufacturers prioritising bilateral deals and many high-income countries tying up the global supply of vaccines.

According to John Nkengasong, director of the Africa Centers for Disease Control and Prevention who also attended the briefing, less than 3.5 percent of Africans have been vaccinated against COVID-19, which is far short of the official target of 60 percent.

"This leaves people at high risk of disease and death, exposed to a deadly virus against which many other people around the world enjoy protection," Tedros noted.

"The longer vaccine inequity persists, the more the virus will keep circulating and changing, the longer the social and economic disruption will continue, and the higher the chances that more variants will emerge that render vaccines less effective," he warned.

The WHO, the African Union and COVAX have been calling on vaccine manufacturers to prioritize the COVAX program and urging countries to fulfill their dose-sharing pledges and facilitate the sharing of vaccine technology and intellectual property.

In August, the WHO also called for a global moratorium on booster vaccine doses at least until the end of September to prioritise vaccinating the most at-risk people around the world who are yet to receive their first dose.

As vaccine inequity continues to persist, it then called for an extension of the moratorium until at least the end of the year to enable every country to vaccinate at least 40 percent of their populations.