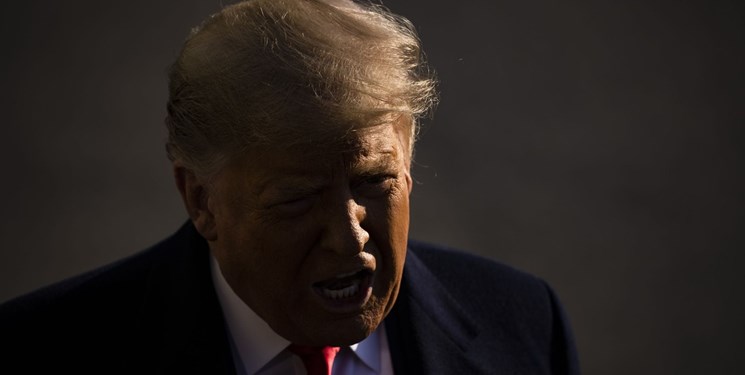 TEHRAN (FNA)- Former President Donald Trump is predicting America will end in three years and is also hinting that he may run for office in 2024 ― three years from now.

Trump made the contradictory claims during a Newsmax interview on Tuesday with his former White House Press Secretary Sean Spicer. True to form, he also falsely claimed the 2020 presidential election was rigged.

After Trump said “our country has gone really downhill in the last eight months like nobody’s ever seen before”, he suggested, without offering any proof, that the country will end.

Spicer then tried to end the interview, possibly because Newsmax is facing a $1.6 billion lawsuit from Dominion Voting Systems for deliberately lying about widespread fraud in the 2020 presidential election and defaming the voting machine company.

However, Spicer did have one last question. After noting that Trump has stated he has made a decision about a 2024 run and that his followers would be happy, Spicer asked the former president when he might announce his plans.

Trump avoided a direct answer but promised Spicer he would be happy with the decision and also claimed America is now “a laughingstock".