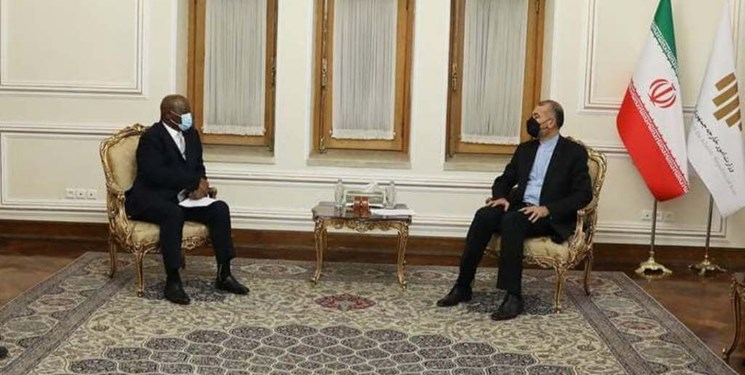 Amir Abdollahian in a meeting with South African Ambassador Vika Mazwi Khumalo in Tehran on Wednesday underlined significance of African countries in Iran’s foreign policy, asking for evermore expansion of ties, and especially the economic relations with Pretoria.

He also stressed the importance of the Ministerial Joint Economic Commission and its Ministerial Political Committee, as well as its other side committees, in the two countries.

Amir Abdollahian also referred to the South African president’s meeting with the Iranian president in November 2015 in Pretoria as a turning point in the two countries’ relations, remembering that he was a deputy foreign minister at the time.

He also appreciated South Africa’s supports for Iran during its rotating presidency of the UN Security Council, and also that county’s support for the Palestinian nation.

During the meeting, the two officials surveyed ways for expansion of comprehensive bilateral ties and mutual cooperation.

She referred to the arrangement for holding the 15th Session of the Iran-South Africa Joint Economic Commission, expressing the hope that in the near future meeting of its Political Committee would be held in Tehran and the Joint Commission in South Africa.

He repeated South Africa’s invitation of President Ebrahim Rayeesi for a visit to Pretoria, expressing the hope that the visit would take place during the next Christian year and after the Joint Commission.

Tehran has prioritized promotion of its economic and political ties with the African states and the country is now considered as one of the African Union's strategic partners.