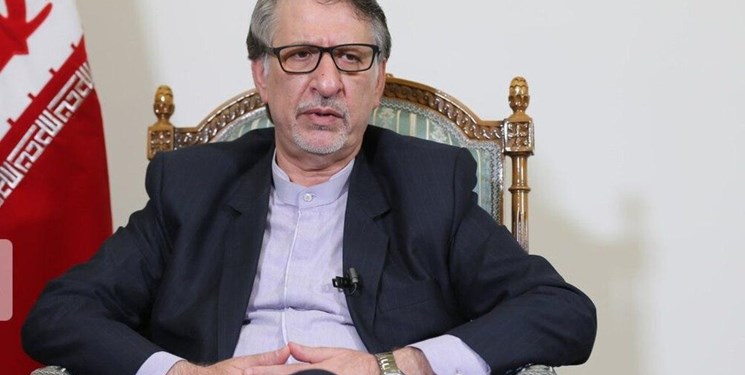 TEHRAN (FNA)- Iranian Ambassador to London Mohsen Baharvand said that his country is waiting for Washington's practical steps to lift all sanctions against Tehran, and further dismissed possibility of talks about any issue other than the nuclear deal.

The Islamic Republic is taking a negotiating approach to resolve its differences with other states, Baharvand said on Wednesday.

"We need to ensure that if someone like Trump takes power in the US again, he/she would not destroy the outcome of the negotiations," he stated.

Iran is not going to talk about the region and other issues that have nothing to do with the JCPOA and the nuclear talks, Baharvand added.

"We must also see the practical action of other JCPOA participants in lifting the sanctions," he said, adding that Iran cannot be a member of the agreement and accept its undertakings and at the same time be deprived of its benefits.

In relevant remarks on Wednesday, Iran’s Representative at International Organizations in Vienna Kazzem Qaribabadi said that the western states should not expect Iran to show more tolerance in suspending the development of its peaceful nuclear program while the country is still under the harshest US sanctions.

“I would like to re-emphasize on this point that until the sanctions on Iran are not removed, no one should expect more forbearance form Iran,” Qaribabadi said, addressing the quarterly meeting of the International Atomic Energy agency (IAEA) Board of Governors on 'Verification and Monitoring in the Islamic Republic of Iran in Light of United Nations Security Council resolution 2231 (2015)' in Vienna.

He noted that Iran’s nuclear activities, including enrichment at different levels and production of metallic based uranium fuel are completely peaceful and under the safeguards monitoring and verification of the Agency, adding, “I sincerely advise these countries to abandon scapegoating and start rectifying their failure in implementing their commitments. Iran has fulfilled completely, in past 3 years, its share of prudence and constructiveness.”

The United States initially violated UNSCR 2231, by unilaterally withdrawing from the JCPOA and adopting the failed “maximum pressure” policy and re-imposing sanctions to directly and adversely affect the normalization of trade and economic relations with Iran, thus, made it impossible for Islamic Republic of Iran to continue to implement its commitments under the JCPOA. Lifting of sanctions effectively, constitute the essential basis of Iran’s consent to be bound by the provisions of the deal and thus the violations of the US rendered those parts of the deal void and effectively futile, Qaribabadi said.