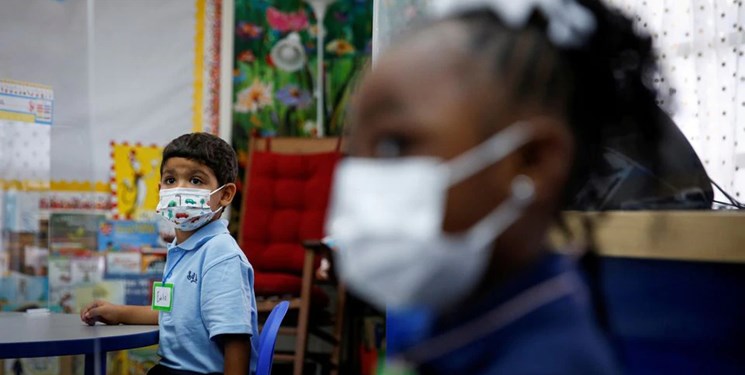 TEHRAN (FNA)- Since the outbreak of the coronavirus pandemic 18 months ago, the schools of millions of children worldwide remain almost totally closed, the United Nations Children’s Fund (UNICEF) announced, urging institutions to reopen.

In an urgent warning released on Thursday, the organization said schools for almost 77 million students in six nations are still nearly completely shut, while around 27% of countries continue to experience full or partial closures of educational institutions, RT reported.

Henrietta H. Fore, the agency’s executive director, warned that “the losses that students are incurring from not being in school may never be recovered”, with almost 131 million pupils in 11 nations having missed over 75% of their in-person teaching.

The report dubbed education closures as having “created a shadow crisis for children”, where kids are forced to skip school meals and vaccinations. The lack of access to in-person learning has also plunged minors into experiencing social isolation and increased anxiety, and left some prey to abuse, violence, child labor and marriage, the agency remarked.

To draw attention to the “18 months of lost learning, deferred potential and uncertain future, and to urge governments to reopen schools as soon as possible, UNICEF and partners will close down their digital channels today at 13.00 GMT for 18 hours”, the statement further read.

According to UNICEF, schools are “not the main drivers of transmission”, making it possible to keep schools open if measures are taken to mitigate the spread of the virus, such as providing handwashing facilities, masks, and ventilation.

The organization’s report echoes a similar statement issued last week, which found that poor internet connections and limited access to devices interrupted learning for around 434 million children in South Asian countries like India, the Maldives, Pakistan and Sri Lanka.

Last July, UNICEF and the World Health Organization (WHO) warned that children may suffer greater harm from lockdowns than from the pandemic itself, citing disruptions to education, primary healthcare and nutrition.