Blinken Claims US Will Stand with Australia Against Pressure from China 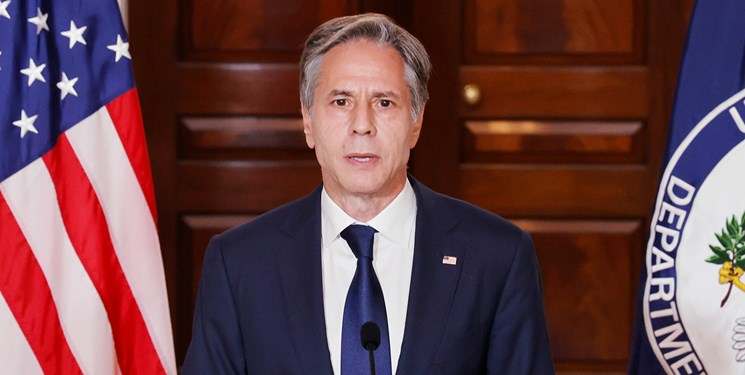 TEHRAN (FNA)- US Secretary of State Antony Blinken said the United States will stand with Australia against pressure from China and raised concerns about China's use of economic coercion against Australia.

The announcement of the Trilateral security partnership between Australia, the US, and the United Kingdom, known as AUKUS will facilitate the sharing of technologies related to cyber security, artificial intelligence, underwater systems, and long-range strike capabilities, Sputnik reported.

The US is also determined to help Australia acquire nuclear submarines to expand their reach and defense capabilities in the Indo-Pacific.

Blinken commented on France's assertion that Australia stabbed them in the back over a scrapped submarine deal.

"We strongly welcome European countries playing a strong role in the Indo-Pacific...France is a vital partner in this on so many other things...we place fundamental value on that partnership," he added.

The US Secretary of State passed on answering whether or not Australia stabbed France in the back and suggested that Australia should answer for their desire to obtain US submarine technology.

US Defense Secretary Lloyd Austin dismissed the idea that the US went into the agreement "with a reciprocal mindset" in sharing its most advanced submarine technology. As Australia has rebuffed the United States in the past over strategic military installments on the continent-country.

When asked if AUKUS raises tensions with China, Secretary Austin responded "this agreement is not aimed at any country or anyone".

One of Australia's main motivations for joining the agreement was their desire to maintain submarine superiority in the region.

The heads of their Navy believed that moving away from diesel fuel submarines and towards nuclear-powered ones would allow them to maintain it into the 2030s.

China has pushed back on the deal saying that it threatens regional peace.