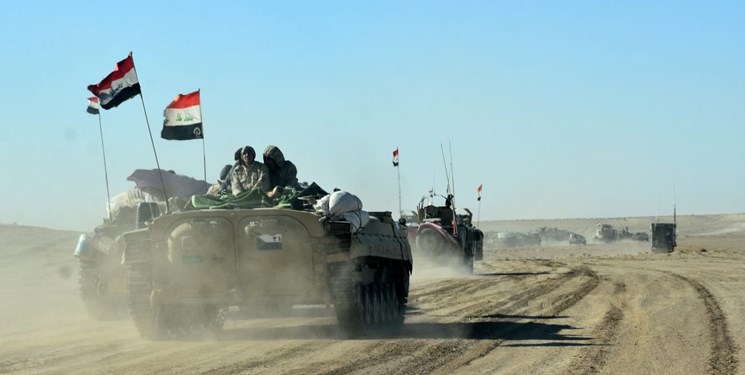 TEHRAN (FNA)- Iraq’s Asa’ib Ahl Al-Haq resistance movement said the United States and Israel have been behind a recent attack on positions held by the anti-terror Popular Mobilization Units (PMU) or Hashd Al-Sha’abi.

Asa’ib Secretary General Qais Khazali criticized the Iraqi government for its silence on the September 14 raid on the border between the town of Al-Qa’im and the Syrian city of Al-Bukamal, presstv reported.

“The denial on the part of the Americans does not absolve them of their responsibility in this regard, because in practice, the responsibility for Iraqi airspace lies with them. If they were not involved in this attack, it is the work of the Zionist enemy,” he said.

Colonel Wayne Marotto, spokesman for US-led coalition's Combined Joint Task Force Operation Inherent Resolve (CJTF-OIR), had in a tweet claimed that Washington was not behind the aerial assault.

Telegram channels affiliated to resistance factions said the US denial was due to its fear of a reaction by Iraqi fighters.

It had no casualties, but destroyed three vehicles and a thermal camera used by resistance fighters to guard the border and prevent Daesh (also known as ISIL or ISIS) terrorists’ infiltration into Iraq.

The town of Al-Qa’im came under an attack by US warplanes on June 27 at the order of US President Joe Biden.

The US strike killed four Iraqi fighters who were performing their duties of preventing the infiltration of Daesh terrorists from Syria.

Elsewhere in his remarks, Khazali denounced as “unjustifiable” the Iraqi government's inaction to purchase air defense systems in a bid to deter repeated acts of aggression against the country.

American occupation troops are required to leave Iraq under a resolution passed by the Arab country’s parliament on January 5, 2020.

It was approved two days after the US assassinated Iran’s anti-terror Commander Lieutenant General Qassem Soleimani and his Iraqi trenchmate Abu Mahdi Al-Muhandis, deputy head of Hashd Al-Sha’abi, two influential figures in the fight against the Daesh terrorist group.

However, Washington has been dragging its feet on the troop pullout and targeting anti-terror groups from time to time.

Back in July, Washington and Baghdad reached an agreement on the American military’s withdrawal, under which the US would keep its troops on Iraqi soil under the guise of providing advisory assistance to the Iraqi military.