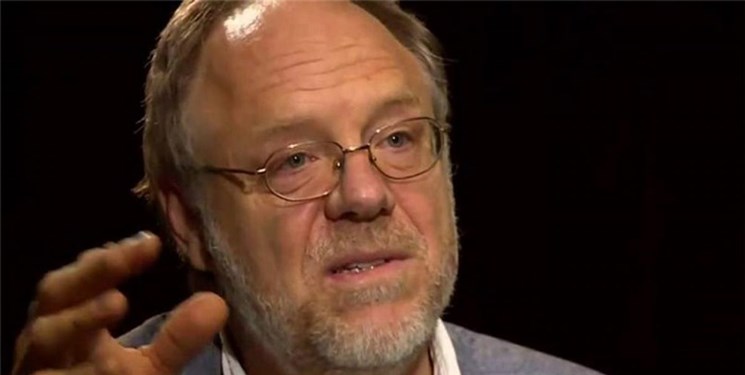 TEHRAN (FNA)- Kevin Barrett, author, activist and journalist, says the founder of the Islamic Revolution taught the world it does not need to rely on the so-called super powers.

Speaking in an interview with FNA, Dr. Barrett said, “The Islamic Revolution was the first major spiritual-religious revolt against capitalist materialism and its communist mirror image... [Imam Khomeini showed] their false religion of secular materialist progressivist humanism, in both its neoliberal and Marxist versions, is neither inevitable nor necessary. He also showed that Islam, rightly understood, is a force for justice, and that it demands solidarity with the weak and oppressed people of the world.”

Kevin Barrett, Ph.D., is an Arabist-Islamologist scholar and one of America's best-known critics of the War on Terror. From 1991 through 2006 Dr. Barrett taught at colleges and universities in San Francisco, Paris and Wisconsin. In Summer 2006 Dr. Barrett was attacked by a group of US politicians who called for him to be fired from his job at the University of Wisconsin-Madison. As the result, Dr. Barrett has been informally blacklisted from teaching in American universities. Dr. Barrett currently works as a nonprofit organizer, public speaker, author and talk radio host.

Q: How do you describe Imam Khomeini’s role in collapsing the dependency theory on Western or Eastern blocs? Does that form a new model for world nations?

A: Prior to the 1979 Islamic Revolution, the Non-Aligned Movement (NAM) had arisen to challenge the bipolar world order enforced by the two superpowers, the USA and USSR. The visionaries behind NAM, especially Sukarno of Indonesia and Nkrumah of Ghana, saw that Western imperial domination of the global periphery or Third World was responsible for keeping peripheral countries backwards and impoverished. Unfortunately, the only place to turn for help was the USSR, which conditioned its aid on ideological and even military subservience.

NAM leaders sought to escape the ravages of Western imperial plunder without relinquishing their sovereignty to Moscow. But they had only modest success. The two strongest leaders, Sukarno and Nkrumah, were overthrown by the CIA and its Western financial backers in the mid-1960s, just half a decade after founding NAM. Other NAM leaders, including Cuba’s Castro and to a lesser extent Yugoslavia’s Tito, had to embrace Marxism and lean toward Moscow in order to get Russian help to stave off Western aggression. By 1979 it was obvious that NAM had failed.

After the success of the Islamic Revolution, Imam Khomeini set out to ensure that Iran would stay completely outside both superpower blocs, and worked toward revitalizing NAM. The arrogant Western powers, and even to some extent the Communist world, were outraged. Both great power blocs turned against the Islamic Republic. The West sought to destroy it, and the Communist East acquiesced, fearing that the Islamic Awakening sparked by the Revolution would destabilize the USSR’s empire and provide an alternative ideology that might contribute to the downfall of Communism—which is precisely what happened a decade later.

Islamic Iran has been highly successful in maintaining its non-aligned independence and sovereignty despite extreme Western hostility and endless plots against it. It has been somewhat less successful in promoting its vision of genuine non-alignment on the world stage. Few other nations have the strong leadership and ideological coherence to mount such a challenge to the global imperial powers.

Q: What is the legacy of Ayatollah Khomeini for the revolutionary and freedom-seekers of other countries?

A: Ayatollah Khomeini showed that the global imperial powers can be successfully resisted, and that their false religion of secular materialist progressivist humanism, in both its neoliberal and Marxist versions, is neither inevitable nor necessary. He also showed that Islam, rightly understood, is a force for justice, and that it demands solidarity with the weak and oppressed people of the world. In a world in which most leaders are heavily compromised, Imam Khomeini showed how much can be achieved by an uncompromising devotion to what is right, even if it is not always the most obviously expedient choice.

Ayatollah Khomeini also succeeded in destroying the atheist materialist paradigm of the Cold War, according to which religious forces sided with the oppressive usury bankers of the Western empire, while almost everyone resisting that capitalist empire was lumped together under the rubric of atheistic communist ideology. The Islamic Revolution was the first major spiritual-religious revolt against capitalist materialism and its communist mirror image. Let us pray that it will not be the last.

Q: Islamic Revolution took place after Israel’s growth by defeating Arab countries. How significant has been Imam Khomeini’s insight about the Zionism project and his emphasis on al-Quds as a priority of the Muslim World?

A: Imam Khomeini correctly understood the centrality of Palestine and al-Quds in the struggle for truth and justice worldwide—and in the struggle for spirituality against the oppressive materialism of the modern world. He understood that Zionism is an atheistic movement, created by the world’s biggest usurers, that has invaded, occupied, and desecrated the holy land of Palestine, committing abomination after abomination and drenching the land of prophets in blood and terror. He saw that the Zionist genocide of Palestine is a dagger planted in the heart of the Islamic world, and that is the one cause that must unify all Muslims, and with them all seekers of truth and justice, is the termination of Zionism and the liberation of Palestine. To that end, he established Quds Day, the last Friday in Ramadan, as an annual observance of Muslim unity in steadfast opposition to Zionism and in heartfelt solidarity with the struggle to liberate the holy land.

Though I cannot prove it, and in fact have not even researched the issue deeply (in part due to my lamentable ignorance of Farsi) I believe that Ayatollah Khomeini, a student of such great theosophists as Ibn al-Arabi and Mulla Sadra, achieved mystical insight into many matters that are normally veiled from human perception, and gained an understanding of the terrifying reality that Zionism is a manifestation of, or perhaps even identical with, the Dajjal or Antichrist. The works of Imran Hosein, today’s leading Islamic eschatologist, support that interpretation. So I believe that Ayatollah Khomeini was doing God's work when he laid the basis for the long-term struggle against the Zionist Dajjal that will culminate in the return of the Mahdi and the true Messiah Jesus (Issa), peace upon them.