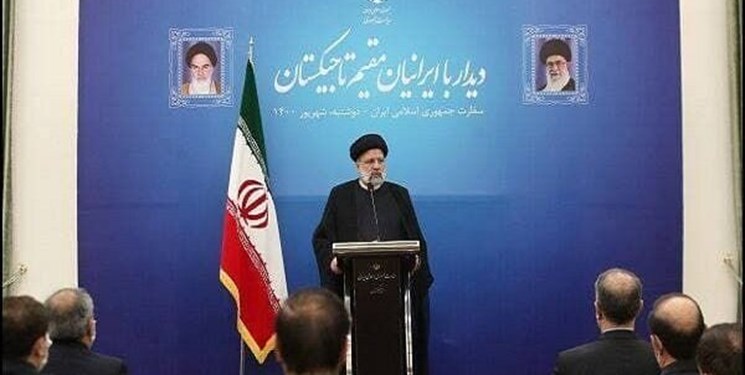 The Iranian president made the remarks in a meeting with Iranans residing in Tajikistan.

President Rayeesi termed Iranians residing in other countries as an opportunity and a valuable capacity for the progress of Iran.

He reiterated that security of investment is guaranteed by the current administration in Iran, and said, "Suitable ground is provided for Iranians in the field of easing and accelerating issuance of investment-related licenses."

The SCO officially admitted Iran as a new member of the Eurasian political, economic, and security alliance at its 21st summit in Dushanbe, Tajikistan, on Friday.

The 21st edition of Shanghai Cooperation Organization (SCO) kicked off in Dushanbe, capital of Tajikistan on Fri.