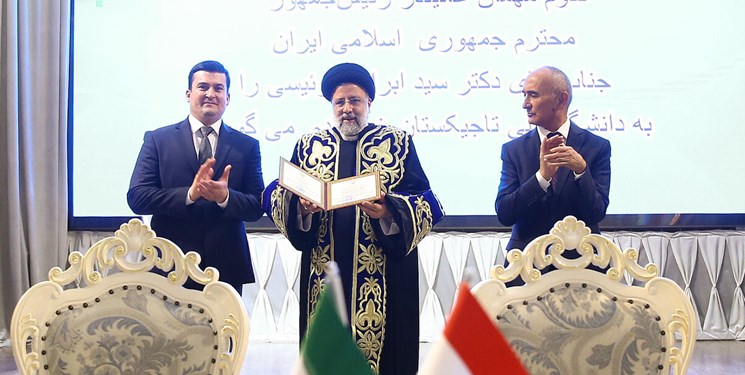 The honorary doctorate of Tajikistan National University was awarded to President Rayeesi and he was also selected as an honorary member of the faculty of the university.

The Tajik National University, the largest and most prestigious university in the country, was established in 1947 and currently has 14 faculties and more than 30,000 students.

The 21st edition of SCO kicked off in Dushanbe, capital of Tajikistan on Fri.