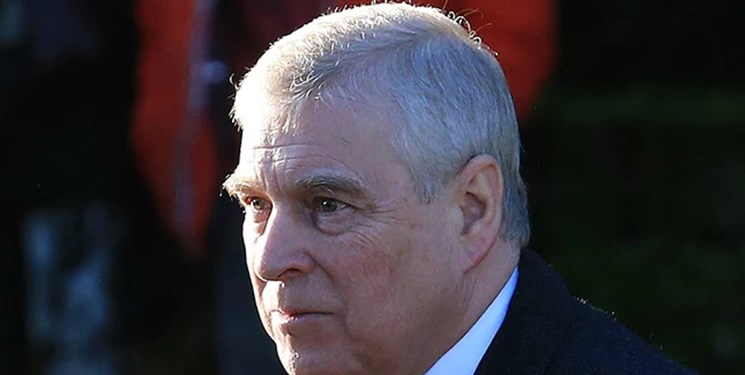 TEHRAN (FNA)- Prince Andrew has been given seven days to appeal a High Court ruling which could pave the way for the start of his civil trial in the United States on allegations he sexually assaulted a teenage victim of Jeffrey Epstein.

The Duke of York’s lawyers must tell the High Court in the next week if they wish to challenge the decision to formally notify Prince Andrew of the case against him, The Independent reported.

This follows weeks of legal squabbling over whether lawyers for Virginia Roberts Giuffre, the woman who claims the royal abused her when she was 17, had adequately served legal papers to Prince Andrew.

Civil cases can only begin when the claimant has notified the defendant that legal proceedings have begun against them.

Giuffre’s lawyers have said they have served the relevant documents notifying the Queen’s second son of the case against him in multiple ways, including through the post and by handing them to a police officer guarding his Windsor home.

On Wednesday, the High Court agreed it would itself serve the papers on the Duke of York, but it is understood Prince Andrew’s legal team will contest this decision.

The High Court said in a statement, “Lawyers for Prince Andrew have indicated that they may seek to challenge the decision of the High Court to recognise the validity of the Hague Convention request for service made by Ms Giuffre’s lawyers."

“The High Court has directed that any challenge must be made by close of business on September 24,” it added.

The Hague Service Convention is an international treaty which governs requests between countries for evidence in civil or commercial matters.

Across the Atlantic, Giuffre’s legal representatives have accused the prince of “actively evading” efforts to serve him with the lawsuit and a US judge has ruled the paper could alternatively be simply sent to his Los Angeles-based lawyers instead.

But Prince Andrew’s US lawyer reportedly told a pre-trial hearing in the US Giuffre had previously entered into a “settlement agreement” that would nullify her case, and on Thursday Manhattan Judge Loretta Preska said the prince could request the unsealing of this 2009 document.

In a written order the judge said the duke could seek the information to support the argument that an agreement made between Giuffre and Epstein would bar her from pursuing her lawsuit against the royal.

Giuffre initially filed her lawsuit against Prince Andrew in August, which accuses him of sexually assaulting her at the London home of Epstein’s British socialite girlfriend Ghislaine Maxwell.

The prince has always denied the allegations against him, which resurfaced following the rearrest and death in custody of Epstein in 2019.

Epstein pleaded guilty in 2008 of procuring a child for prostitution and is thought to have spent decades trafficking girls around the world to sexually abuse them.