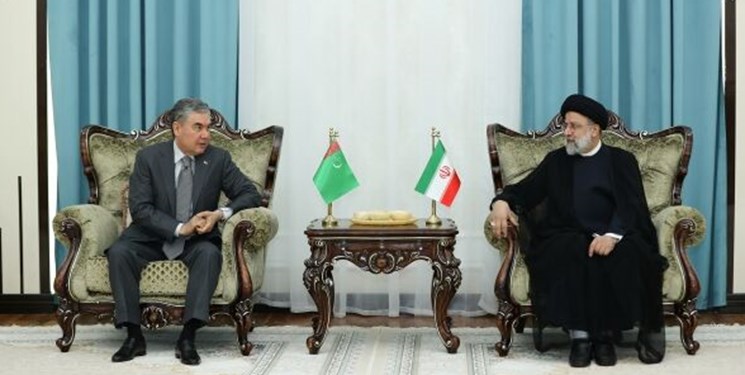 President Rayeesi made the remarks in a meeting with his Turkmen counterpart  Gurbanguly Berdimuhamedow on the sidelines of Shanghai Cooperation Organization (SCO) Summit in Dushanbe, Tajikistan.

He reiterated that regular meetings of the Joint Economic Cooperation Commission could be an effective stimulus for developing relations between Iran and Turkmenistan.

The Turkmen president, for his part, said that activating transit capacities between Iran and Turkmenistan will play a significant role in improving the level of economic and trade interactions between the two countries.

During the meeting, the two presidents also agreed to resolve the gas issue.