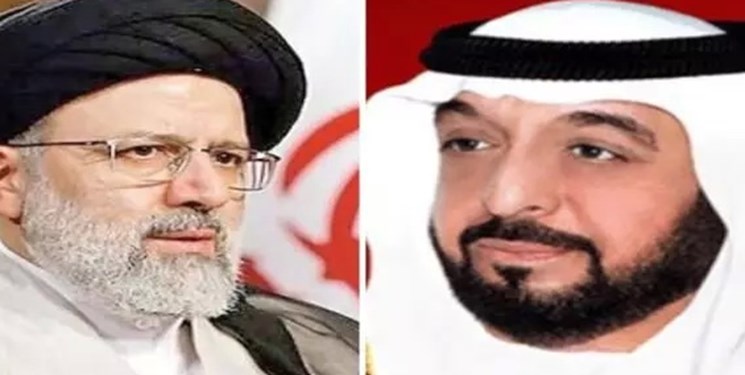 Rayeesi's message came in response to the Emirati president's congratulatory letter to his Iranian counterpart on his election as Iran's president.

The Iranian president expressed hope that bilateral relations between the two countries would develop, especially in the economic field, referring to the enormous potential of Iran and the UAE.

Appreciating his Emirati counterpart for this congratulatory message, Raeisi wished Khalifa bin Zayed Al Nahyan good health, success for the UAE, and happiness for the proud people of this neighboring country.

President Rayeesi underlined his country's policy of expanding relations with all the world states, specially the neighboring and regional countries.

Rayeesi made the remarks in a meeting with a group of families of martyrs in Tehran on Monday.