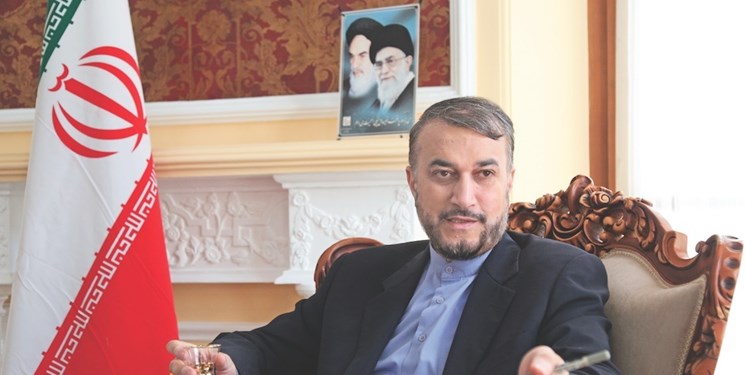 TEHRAN (FNA)- Iranian Foreign Minister Hossein Amir Abdollahian held separate meetings with a number of his European counterparts on the sidelines of the UN General Assembly in New York.

Haavisto, for his part, expressed readiness to expand bilateral relations in the political, economic, and environmental issues.

He also expressed satisfaction with the establishment of a joint chamber of commerce between Iran and Finland, saying that it is a measure in promoting bilateral economic relations.

In a meeting with German Foreign Minister Heiko Maas on Tuesday, Amir Abdollahian said that it is the right of the Iranian people to enjoy the economic benefits of the JCPOA, adding that however, it has not been realized due to the negligence of the other parties, but this right must be guaranteed this time.

Maas, for his part, said that Germany is committed to the JCPOA and will make every effort to preserve and revive it.

In a meeting with Amir Abdollahian in New York on Tuesday, Austrian Foreign Minister said that Vienna has always sought to expand relations with Iran and does not see any limits on improving relations.

Austria is interested in hosting the Vienna nuclear talks as in the past, he said, stressing on seizing opportunities to revive the JCPOA.

Amir Abdollahian, for his part, thanked Austria for donating the vaccine to Iran.

He also emphasized Iran's interest in further expansion of economic relations, including financial and banking relations with Austria.

Also in a meeting with the Iranian foreign minister on Tuesday, Croatian Minister of Foreign and European Affairs Gordan Grlić Radman said that his country seeks to strengthen relations with Iran.

Referring to the potentials, he emphasized the need to activate a joint economic commission to expand relations.

Radman hailed Iran's role in contributing to the peace and stability of Afghanistan.

Elsewhere, he said that there is no better alternative for the JCPOA.

In a meeting with his Swiss counterpart, Amir Abdollahian spoke about the stable and good relations between the two countries.

"We seek to expand the relations between the two countries", the Iranian top diplomat said, calling for the widespread presence of Swiss companies in Iran's economic and development projects.

"We attach great importance to relations with Iran", Swiss Foreign Minister Ignazio Cassis said, adding that in the coming months, important meetings will be held between the two countries in various fields.

Amir Abdollahian said on Monday that talks with his counterparts in New York will be based on a balanced foreign policy outlook and active diplomacy.

Amir Abdollahian made the remarks, upon arrival in New York for the 76th United Nations General Assembly Session.

“I hope that, with the opportunity that has arisen, we will be able to hold talks with counterparts in line with the 13th [Iranian] Administration’s balanced foreign policy and active, dynamic, and smart diplomacy,” he said.

During the trip, Amir Abdollahian said, he would attend around 50 meetings, events and gatherings.