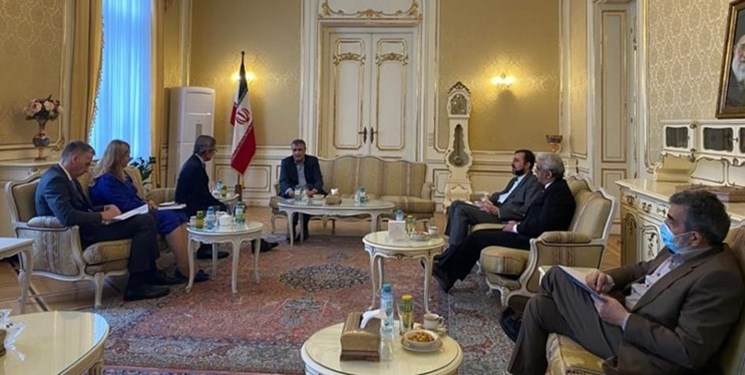 TEHRAN (FNA)- High-ranking Iranian and Austrian officials in a meeting in Vienna conferred on ways to broaden bilateral ties between the two countries as well as the latest developments related to the nuclear deal.

The meeting was held between Head of the Atomic Energy Organization of Iran (AEOI) and Secretary-General of Austria's Foreign Ministry Peter Launsky-Tieffenthal on the sidelines of the International Atomic Energy Agency (IAEA) General Conference in Vienna.

Iranian Ambassador to Vienna Abbas Baqerpour Ardakani wrote on his twitter page that Eslami held a meeting with Launsky-Tieffenthal.

Iran’s representative to the IAEA and the spokesman for the AEOI Behrouz Kamalvandi were also present in the meeting.

According to the Iranian ambassador to Austria, Eslami and the Austrian official praised age-old bilateral relations between the two countries, and underlined their shared interests in the expansion of those ties.

Baqerpour also said that the two sides discussed the latest developments revolving around the Iranian nuclear deal or the JCPOA.