Iranian FM Criticizes Britain, EU for Inaction on US Moves against JCPOA 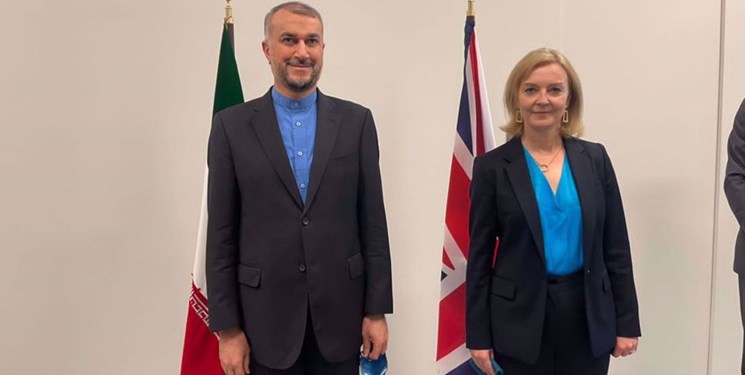 TEHRAN (FNA)- Iranian Foreign Minister Hossein Amir Abdollahian in a meeting with Britain’s new Foreign Secretary Liz Truss rapped London and other European states for keeping mum and indifferent to the US moves against the nuclear deal.

The European attitude was helping “the US administration keep enforcing its illegal sanctions [against Iran], while at the same time laying claim to seeking a return to the JCPOA”, Amir Abdollahian said.

Iran has been given many words and promises alleging that the West intended to revisit its JCPOA approach, the Iranian top diplomat said. There, however, have been no actions, he added.

“Unfortunately, the UK has been part of this inaction too, and this approach should change,” Amir Abdollahian said.

“This is the obvious inconsistency that is being witnessed by the Iranian nation,” he said, adding, “For the current Iranian Administration, measurable actions on the part of the other parties in the JCPOA form the only yardstick.”

Separately, the Iranian official urged that the UK take action towards repaying its debt towards Iran.

Concerning the JCPOA, she claimed that the main focus currently rested on resumption of the talks.