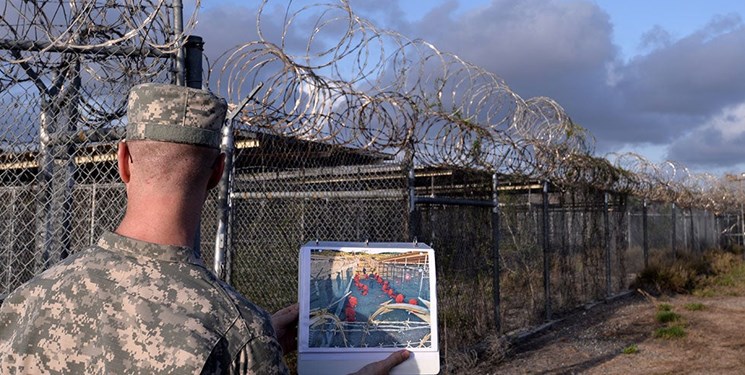 TEHRAN (FNA)- The Joe Biden administration is preparing to reopen a migrant detention camp on Guantánamo Bay in the wake of a surge of migrants and asylum seekers on the Southern border.

The Immigration and Customs Enforcement (Ice) bureau is inviting tenders for private contractors to run the Migrant Operations Center on the US naval base, close to the prison compounds housing the remaining 39 detainees held in the “war on terror”, The Guardian reported.

The migrant camp was first set up in 1991 and was intended to hold Cuban asylum seekers. Ultimately it was used to detain about 34,000 Haitians and roughly the same number of Cubans until it was wound down by the Obama administration. It has not been used to hold migrants since 2017.

Ice is looking for a private contractor to run the centre and provide unarmed custody and security officers.

“At least 10 percent of the augmented personnel must be fluent in Spanish and Haitian Creole,” states the advertisement, first reported by NBC News. I

t was placed on the Sam.gov government contracting website on September 17 with a deadline for offers of October 1.

Neither the Department of Homeland Security, which oversees Ice, nor the National Security Council had responded to a request for comment by Wednesday evening.

The advertised “contract opportunity’’ states, “The facility has a capacity of 120 people and will have an estimated daily population of 20 people, however the service provider shall be responsible to maintain on site the necessary equipment to erect temporary housing facilities for populations that exceed 120 and up to 400 migrants in a surge event.”

The contractor would have to assemble tents and cots for a surge of migrant detainees at short notice.

“In addition, the service provider must maintain a roster of at least 50 individuals who meet the minimum requirements of the unarmed custody officer job classification and have a viable contingency plan to deploy these individuals within 24 hours of notification,” it adds.

The planned reopening of the site comes at a time when an estimated 14,000 migrants have crossed the Rio Grande over the last two weeks. Most are Haitian and the crowd includes thousands of women and children, fleeing the recent chaos caused by a powerful earthquake compounded by the political turmoil created by the assassination of President Jovenel Moïse’s assassination.

The Biden administration has stepped up deportation flights to Haiti but has come under severe criticism from human rights groups who say Haitian migrants and asylum-seekers are being deliberately flown back into mortal danger.