Einar Tangen: Iran-China Deal Another Nail in US Hegemony Coffin 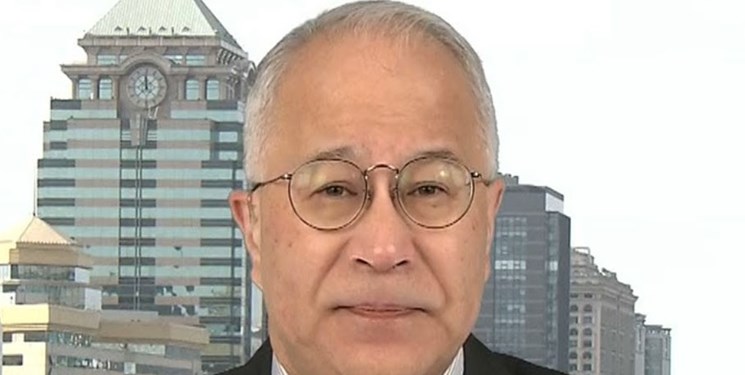 Speaking in an interview with FNA, Tangen said, “The economics of the world are shifting eastward. You see the international wealth line that determines where the balance of wealth is, it has been moving steadily eastward since the mid-1900s. And, that will continue to go on, as we see tremendous amounts of investments by Europe and America in contradiction to the rhetoric that has been put up by the governments... You see the US that is looking at this situation in perhaps alarming term… No one really knows what is happening in the US economically.”

Einar Tangen is an American-Chinese Political and economic affairs commentator based in Beijing. He served as the President of the US State of Wisconsin International Trade Council, and the Vice-President for the American Association of Cost Engineers International (AACEI).

Q: China has been Iran’s top trade partner over the past decade, putting an end to 30 years of Germany’s leading role. Yet, the two have now moved to enhance their ties to strategic partnership following the recent endorsement of the Iran-China 25-year cooperation roadmap. How do you read either side's incentive behind this major step and what outcomes could this document produce for Tehran and Beijing?

A: This is a major geopolitical shift. Iran is turning away a Western-facing deal that was offered with the JCPOA. China was involved in that; it was hoping the deal will bring political and economic stability not only to Iran, but also to heal some of the wounds in the Middle East. At this juncture, that is not possible.

When you start looking at how it is changing, China has quite clearly seen this as a strategic not only opportunity, but necessity. Iran has had relationships with China since the 1930s; it has not always been the same because they had very different government systems, but I think there is understanding that each needs to pursue its own destiny, and that trade is one of the ways in which each can take care of needs of its people. For the Chinese side, investments of potentially 400 billion US dollars is smart as they need the oil. With this kind of mutual agreement over a long period, they can trade in currencies outside the US dollars, and this is a massive issue specially for Iran, as it has been blocked by the US to use the SWIFT system to deal legitimately with many countries, other than those which are under the US blacklist. By having a large market, Iran has decided to cast its lots eastward.

Q: China and Iran are both sovereign countries, free to make deals in various areas. Why does the US feel panicked over the widening cooperation between Iran and China under the Iran-China 25-year strategic cooperation plan?

A: You see a very hardline being pushed by the United States. There are concerns whether they can stay a hegemonic power in the Middle East, that is necessary for the US to maintain that, regardless of the costs, wars, etc.; simply because they believe that they are obliged to impose its version of liberal democratic free capitalism.

The United States is thirsty for energy, and oil can be associated at a certain price level with its fracking oil. So, there is not a great concern about the strategic necessity of having oil from the Middle East. We see this shift not only from Iran, but also other countries such as Saudi Arabia, which is entering to deals with China. The other counties include Qatar, and Oman, which is creating refineries outside the strait so that it can refine and export oil products, especially downstream products, without the necessity of having to deal with the kind of geopolitical risks and concerns.

China is the largest importer of oil and energy. The US may consume more, but theoretically it can supply its own internal needs as long as the price of a barrel of oil is above forty five US dollars. It is importing less and less from the Middle East, and obviously not importing anything from Venezuela. But, there is plenty of supply out there, but the question is what price oil would be at? You are starting to see the world changing towards cleaner sources such as solar wind, hydrogen, and nuclear. In that kind of instance, oil will be still very important especially in downstream products, not so much the oil that you put into your car.

Q: What does the deal mean to the US-led West, when it comes to its trade war with China, and sanctions against Iran? Is it a shift from the US-desired unipolar world, to multipolarism, and could this move herald a rise of the East and Eastern civilization as a new block of power at world levels?

A: You see the economics of the world are shifting eastward. You see the international wealth line that determines where the balance of wealth is, it has been moving steadily eastward since the mid-1900s. And, that will continue to go on, as we see tremendous amounts of investments by Europe and America in contradiction to the rhetoric that has been put up by the governments. The actual corporation investors see not only China, but South East Asia, Asia and the Eastern world including India and Iran as prime opportunities. You are seeing everything is sliding that way. So, you see the US that is looking at this situation in perhaps alarmous term. They fundamentally believe that the US is superior and that all the countries should do obey them. Unfortunately, underlying that is forty years of basically drifting sideways. The American middle class has shrunk, and its spending power has remained basically flat. There is slight optic through this kind of sugar rock that Trump put into the economy, but that has to be paid for later. Giving you a trillion dollars, but then saying you are going to have to pay it back and they cannot see how they are doing to return that. With the pandemic not being handled very well, with the attack on the nations’ Capitol, taxes, storms when people were unable to get electricity; there are fundamental thoughts that the US cannot go longer as an aspirational country that it was perhaps during the 1960s to 1980s. Things have turned very quickly for the US economy. They are adding massive debt at the time China is reining in its debts, taking very fairly conservative actions in terms of monitoring fiscal policy to make sure it has a better future. No one really knows what is happening in the US economically.