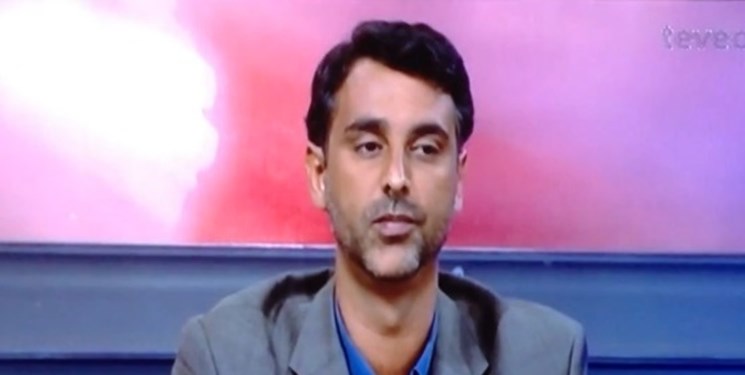 Speaking in an interview with FNA, Rivera said, “If Facebook was truly serious about defending free speech, should not have banned those sites spreading propaganda, fake news, and disinformation about Iran? Israel, Saudi Arabia, and other Iranian enemies keep using Facebook to spread false information about Iran… Facebook still has a long way to achieve what we can call a safe, neutral, and hate-free platform.”

Daniel Rivera, Ph.D, is a professor, researcher and analyst, lecturing comparative politics in the West Asian and North African region in the School of International and Public Affairs at Florida International University. He also teaches Arabic and Spanish at University of Miami and Miami Dade College. Dr. Rivera is the director at Skyline International, an NGO which aims at defending the rights to freedom of opinion and of expression on social media networks, such as Facebook, Twitter, YouTube and other contemporary means of online communication.

Q: Facebook, along with some other tech giants practice limitations in discussions, in the name of administering their “community standards”. This is the case that many alternative media, including Press TV, are silenced, while all the topics are discussed according to the policy taken by the mainstream media. Is this politically motivated?

A: It is a politically motivated decision. I do not believe there is anything wrong with Press TV news coverage. This decision has to do with the fact that the Iranian state sponsors Press TV. Unfortunately, Facebook is banned in Iran and other platforms, and big tech giants in the US had received a lot of criticizing for not stopping what congress described as harmful foreign interference in US elections. Facebook's decision has nothing to do with community standards but with the rivalry and tensions between the United States and the Islamic Republic of Iran.

In 2019, Facebook disabled several accounts that were allegedly trying to meddle in the US elections. According to Facebook, Iran targeted audiences in the US and North Africa with content about Israel, Palestine, and Yemen and supporting a US outlet called BLMNews connected to the Black Lives Matter movement. According to the company, the problem here was not as much as the content produced and shared in these profiles but because most of these accounts, according to the company, were fake. With the decision to ban Press TV, the company seems to be going a step further by prohibiting an internationally recognized and respected news agency representing the voices of the Iran people.

Q: Is it up to social media giants to control what ideas are censored? Does their version of freedom of speech meet international standards?

A: I do not believe social media giants should censor ideas online, but they have an obligation to monitor, moderate and stop content that could be harmful. However, Facebook has demonstrated to have shallow and double standards for content published on their site. For instance, pages such as Press TV are banned, while others profiles promoting white supremacy, racism, or Islamophobia can be found. Facebook still has a long way to achieve what we can call a safe, neutral, and hate-free platform. Hate speech is today one of the biggest problems facing Facebook, and Skyline International has recently released a report showing the scope and seriousness of this matter.

Q: What about double standards on social media; as they ban almost anything against the West, against their “community standards”, while they rather promote attacks against the rest of the world?

A: This is a problem that will continue to grow as relations with Iran are not improving. The West will continue to use social media to spread propaganda, spy, censor, and undermine its enemies worldwide. If Facebook was truly serious about defending free speech, should not have banned those sites spreading propaganda, fake news, and disinformation about Iran? Israel, Saudi Arabia, and other Iranian enemies keep using Facebook to spread false information about Iran. Still, Facebook is doing little to stop the proliferation of these profiles and activities.