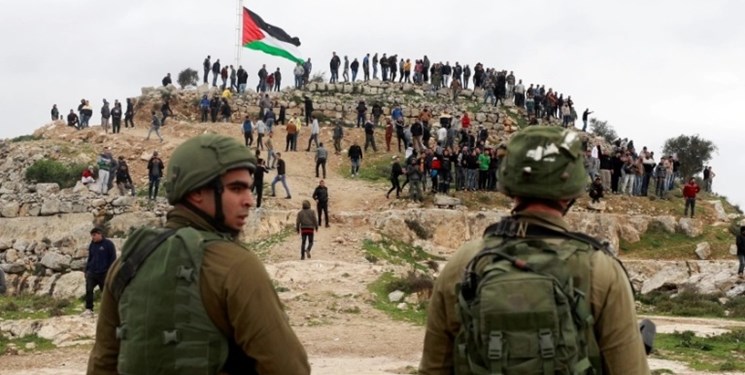 TEHRAN (FNA)- A Palestinian young man was shot and killed on Friday by Israeli occupation soldiers in the village of Beita, to the South of Nablus in the occupied West Bank, according to medical sources.

The Ministry of Health said 28-year-old Mohammad Ali Khabisa sustained a critical gunfire injury in the head after he was shot by Israeli occupation soldiers during the weekly anti-colonization march in the village, WAFA news agency reported.

Khabisa was rushed to a nearby healthcare center, where he was announced dead of his critical wounds.

Over eight Palestinian protesters were also injured during the clashes with the Israeli occupation forces in the village.

Meanwhile 12 Palestinians were injured by the Israeli occupation army during clashes in the villages of Beita and Kafr Qaddum in the occupied West Bank, according to the Palestinian Red Crescent (PRC).

Israeli occupation soldiers fired live gunfire, rubber-coated rounds and stun grenades at the anti-colonization protesters in Beita, injuring at least eight of them, one of them seriously. Another 18 cases of suffocation from teargas were reported.

Some of the protesters also sustained injuries after falling on the ground while being chased by soldiers.

Meantime, four Palestinian protesters were injured by Israeli gunfire during the weekly anti-colonization protest in the village of Kafr Qaddum, in Qalqilia province.

For near five months, Palestinians from Beita and neighboring villages have been holding almost daily protests against Israel’s construction of an illegal settlement outpost, Evaytar, on Jabal Sabih mount which is adjacent to the village.

Several Palestinian protesters have been killed and dozens wounded by Israeli occupation forces during recurrent clashes over the past five months.

In July, Israeli settlers vacated the illegal outpost under an agreement with the Israeli government that will allow for the outpost to remain intact and under permanent supervision of the Israeli occupation army, despite its unauthorized construction.

Before leaving, the dozens of Zionist families who had settled there erected a 13-meter-high iron Star of David facing the nearby Palestinian village of Beita with the phrase "We will return" inscribed next to it.