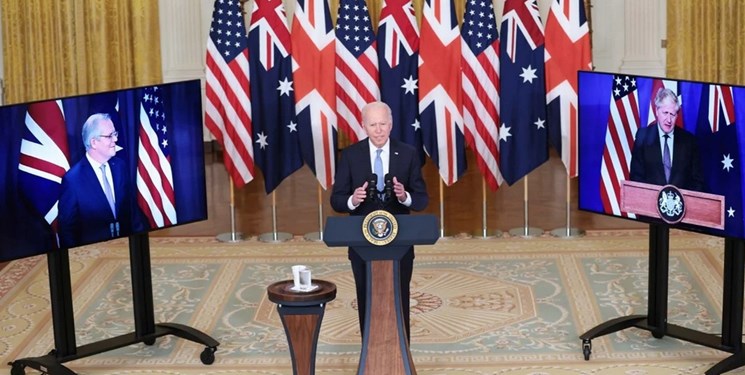 TEHRAN (FNA)- The new security pact between the United States, Britain and Australia has led to a “big loss of trust” in the White House, said Germany’s Angela Merkel’s longtime adviser.

Earlier this month, Washington, London and Canberra presented the partnership deal, instantly drawing condemnation from France – a NATO ally – as well as China and Russia.

The alliance sparked a crisis of trust among Western allies, after Australia abruptly canceled its 2016 contract to buy French submarines, and instead opted for US nuclear-powered submarines as part of the alliance.

Speaking to the Financial Times, Merkel’s Foreign Policy Advisor Christoph Heusgen said the Indo-Pacific alliance “did not meet the expectations one had of the US government, which came into office with a promise to co-ordinate closely with allies”.

“And I don’t know whether that loss has been sufficiently outweighed by the supposed increase in regional security,” Heusgen added.

Calling the AUKUS alliance an “insult to a NATO partner”, Heusgen complained that US President Joe Biden is treating US allies in the same way his predecessor, Donald Trump, did.

He said the partnership announcement “was all the more irritating because one had expected from Biden, based on his public statements, that he would adopt a different style to Trump, in terms of co-operation with his partners”.

EU Foreign Policy Chief Josep Borrell said earlier this week that with Trump, “at least it was really clear — the tone, the substance, the language — it was very clear that the EU was not in his opinion a useful partner, a useful ally”.

Biden spoke to his French counterpart Emmanuel Macron on Wednesday.

During the phone conversation, the two leaders agreed to meet later next month, to discuss ways to secure confidence in bilateral relations and restore mutual confidence.