FM: Iran Doubts US' Resolve for Returning to JCPOA 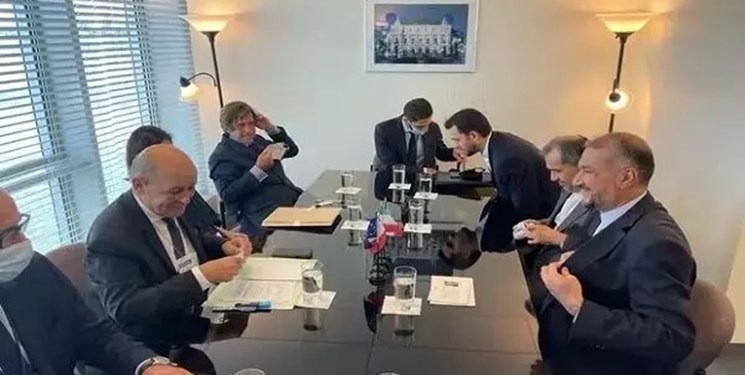 During the meeting on the sidelines of the UN General Assembly (UNGA) meeting in New York on Saturday, Amir Abdollahian said that Iran's new administration is "pragmatic" and considers negotiations as an important tool of diplomacy.

The two sides also discussed bilateral issue and the latest situation in Afghanistan.

Describing that France is vehemently interested in expanding its relations with Iran, Le Drian, for his part, said that that recent phone talk between Iranian President Seyed Ebrahim Rayeesi and his French counterpart Emmanuel Macron show the importance that the two sides attach to bilateral relations.

Le Drian agreed with the principled position of Iran on the need to form an inclusive government and prevent the spread of terrorist acts in Afghanistan and stressed the need to help refugees in Afghanistan's neighboring countries.

In a relevant development earlier this week, Amir Abdollahian in a meeting with his Swiss counterpart Ignazio Cassis criticized Washington for its dishonesty in the nuclear deal talks, and called on the US to change its approach.