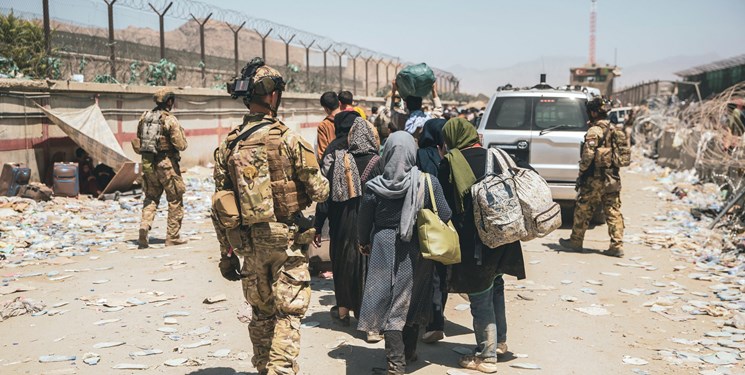 TEHRAN (FNA)- The US failed in Afghanistan because it miscalculated its own abilities and wanted to install its social model in a foreign land, the head of Russia’s Foreign Intelligence Service (SVR), Sergey Naryshkin, stated.

“What happened in Afghanistan with the rushed withdrawal and fleeing of the puppet government is a consequence of America’s destructive policies, as it tried to impose its social development model on Afghanistan,” Naryshkin told RT.

The spy chief said the blame for how the situation unfolded should be shared by the whole US intelligence community, including the CIA, as well as the State Department and the White House’s office of the national security advisor.

"I am also convinced that the US leadership had all the intelligence about the situation on the ground and potential developments. They didn’t take into account one thing – their own capabilities. They didn’t want to face the truth, if you will. And the truth is that the US is no longer capable of playing the role of the global hegemon, which it had assigned itself," he added.

The US led the invasion of Afghanistan in 2001 shortly after then-President George W. Bush declared a global campaign against terrorism in retaliation for the 9/11 attacks on American soil. At the time, the international community predominantly assumed that US troops would have the situation under control, Naryshkin said.

“The US and NATO military presence has been viewed as a solid barrier for the terrorist threat that didn’t allow it to spread further to Eurasia. Unfortunately, it wasn’t true,” the head of the SVR noted.

"The Americans withdrew, fled from Afghanistan, and we now see the ruins they left behind: a devastated economy, terrorists roaming free, deepening conflicts between different ethnic groups, increased drug and gun trafficking," he continued.

At the same time, Naryshkin reiterated the SVR’s commitment to partnership with other national spy agencies.

“We genuinely value the cooperation we have with our partners from the CIA when it comes to fighting global terrorism,” he said, expressing hope that the changing situation in Afghanistan would “provide our American partners with a good opportunity to reassess their current threat rankings.”

The Taliban reconquered nearly the whole of Afghanistan in a matter of weeks, while the planned withdrawal of US forces was reaching its final stage. The militants’ sweeping offensive culminated with the capture of Kabul on August 15.

In July, President Joe Biden hailed the US-trained Afghan Army as a capable fighting force and expressed confidence that the UN-backed Afghan government would survive after the Americans left. In reality, the Afghan military largely dissipated in the face of the Taliban onslaught and the country’s capital fell with little or no resistance. The militants seized a large stockpile of military hardware, including high-tech, US-made weapons and gear.

The fall of Kabul prompted chaos at Hamid Karzai International Airport, as locals swarmed the tarmac in the hope of escaping the reestablishment of Taliban rule.

Western countries launched hectic last-minute evacuations of their nationals and Afghan helpers. The airlifts were completed shortly before the last American troops left Afghanistan on August 30.