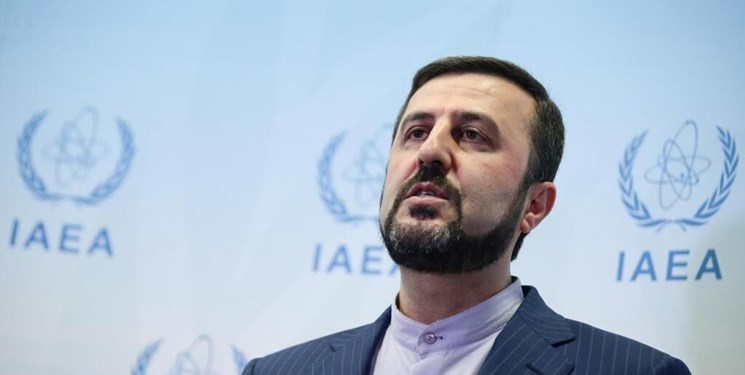 TEHRAN (FNA)- Iran’s Representative at International Organizations in Vienna Kazzem Qaribabadi rejected the UN nuclear watchdog's claim that an agreement had been made with Tehran on access to TESA Karaj Complex, a centrifuge component manufacturing workshop in Northern Iran.

Qaribabadi made the remarks in a tweet thread on Sunday, addressing a claim that had been made by the International Atomic Energy Agency (IAEA)’s Director-General Rafael Grossi in an earlier report who alleged that Iran was failing to fully comply with a joint statement issued by the two sides on September 12 by refusing to allow the agency access to the TESA Karaj Complex.

Qaribabadi reminded that during the discussions in Tehran and Vienna that led to release of the statement, “Iran indicated that since Tessa Karaj Complex is still under security and judicial investigations, equipment related to this Complex are not included for servicing”.

That was the reason that the joint statement specified that the IAEA was to be allowed access to certain “identified equipment”.

“Therefore, DG (director-general)'s report on Sep 26 isn't accurate and goes beyond the agreed terms of the JS (joint statement),” the envoy added.

Separately, Qaribabadi lambasted the watchdog for failing to even condemn the sabotage activities that have been targeting the Iranian nuclear facilities.

The installations have come under at least several such operations over the past year.

The Israeli regime, the Middle East region’s sole nuclear arms possessor, that has assassinated seven Iranian nuclear scientists in the past, is the prime suspect in the incidents.

Neither the IAEA nor the United Nations have, however, taken the regime to task for its illegal activities aimed at endangering the regional and international peace and security.