Iranian President: No Limit for Expansion of Ties with Sri Lanka 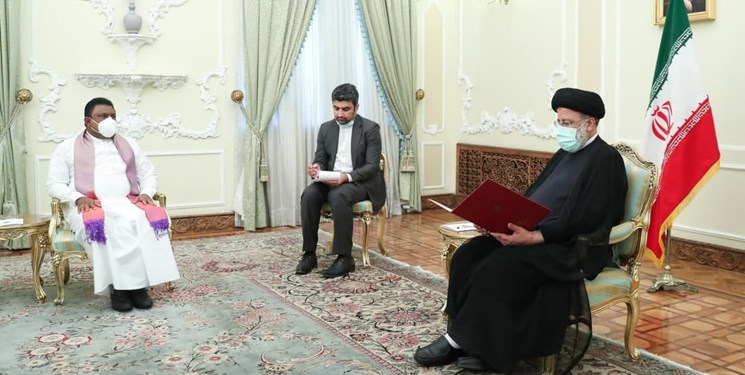 Iran feels no limit for further promotion of economic and trade relations with Sri Lanka, Rayeesi said in a meeting in Tehran with new Sri Lankan Ambassador to Iran Wishwanath Aponsu where the new ambassador submitted his credentials to the Iranian president.

He expressed the hope that the two countries would take new steps towards enhancement of relations with the launch of a joint economic cooperation commission.

Aponsu, for his part, referred to age-old relations between the two countries, saying Sri Lanka has always supported the Iranian government and nation in international organizations.

He also called for further expansion of mutual cooperation in different energy, trade and commercial areas.

Iran has prioritized ties with the neighboring and Asian states.

Earlier this month, the Shanghai Cooperation Organization officially admitted Iran as a new member of the Eurasian political, economic, and security alliance at its 21st summit in Dushanbe.