Sheikh Zakzaky: Majority of Nigerians in Favor of Islamic System 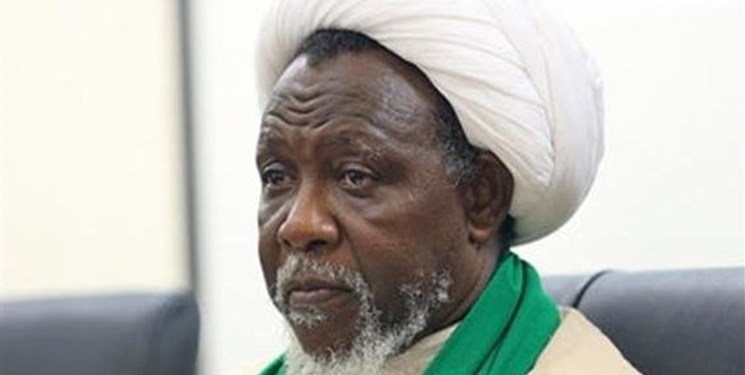 TEHRAN (FNA)- Speaking to Press TV in an exclusive interview, Nigeria’s most senior Shia cleric Sheikh Ibrahim Al-Zakzaky expresses certainty that the majority of Nigerians would opt for an Islamic ruling system if there was a referendum held today.

“I believe that if there will be a plebiscite in this country and people will be asked ‘which system would you like? Is it the status quo, which is inherited from the British colonialists or the Islamic system?’” he told Press TV in the first interview to a network since he was released from jail in July.

“I’m sure that the majority will choose the Islamic system. [Because] it will be the government of the people after all,” he added.

Zakzaky stated, although, the authorities in Nigeria strictly forbid any such vote, he did not rule out the prospect of the establishment of such a system in Nigeria. However, this, he reiterated, depended on the people being “given the choice” similar to what happened in Iran with the referendum that followed the victory of the country’s Islamic Revolution in 1979.

Nigerian authorities admit “in private not in public, that they fear the Islamic Movement” and the potential that it may help establish the “Islamic system just as the Revolution in Iran”, he said. But all the IMN is after “is democracy. What is a democracy? It is the government of the people”.

In December 2015, Nigeria’s military launched a crackdown as part of a deadly state-ordered escalation targeting Zakzaky’s Islamic Movement of Nigeria (IMN) that Abuja has branded as illegal.

The campaign saw the troops attacking Zakzaky’s residence in the town of Zaria in Kaduna, burning the whole house down and afflicting him and his wife with serious injuries that reportedly caused the cleric to lose his left eye.

Zakzaky told Press TV that a subsequent surgery had found around 38 fragments of bullets in the space between his cheek and his head, including in his eyes. His wife, he added, also received “gunshots to stomach and thigh”.

“It is the will of God that I’m alive,” the cleric added.

During the crackdown, the military also attacked the movement’s members as they were holding religious processions, with the government alleging that the Muslims had blocked a convoy of the country’s defense minister. The movement has categorically rejected the allegation and said the convoy had intentionally crossed paths with the IMN’s members to whip up an excuse to attack them.

The violence led to the death of three of Zakzaky’s sons and hundreds of his followers.

Although the state’s so-called investigation into the massacre never allowed the inclusion of the IMN and its followers’ insights, one government official testified that “they have buried 347 people” in just “one of the mass graves”, he said, adding, “And we know that there are other mass graves [too].”

The tally that has been kept by the IMN from the information obtained from the victims’ relatives and other sources, however, shows that the state’s bloodletting of the Shias led to “around 700 deaths”.

And this amounts to the movement’s tally just “so far”, he said, adding that the actual number could be as high as 1,200.

“The Zaria massacre has opened the eyes and ears of the people… that was not the first time, but only the worst that they have done,” Zakzaky stated.

Zakzaky and his wife were kept in custody despite a 2016 ruling by Nigeria’s federal high court that ordered their release from prison. They were acquitted of all their charges on July 28, but reports say that the state is still trying to launch a new lawsuit against the couple.

The couple’s freedom came about as a result of tireless activism on the part of Nigeria’s Shia faithful and numerous damning reports about their situation by international human rights bodies.

Zakzaky noted he and his wife currently are not able to travel aboard to seek medical assistance because the state is still withholding their passports months after their release and despite the fact that all the charges against them have been dropped.

Turning to the issue of the state’s persecution of the Shias, Zakzaky revealed that Abuja’s campaign against the followers of the faith goes as far back as the 1970’s, when he was a student fighting communist ideology and the ideology’s objection to religion.

The crackdown dragged into the 80’s when the cleric was arrested and jailed for four years. The Shia leader spent another period in prison for nine months starting from December 1984.

In the latest crackdown on the Shia faithful, Nigerian police on Tuesday opened fire on a peaceful procession of Shias who were marking Arba’een, the 40th day after the martyrdom anniversary of Imam Hussein (AS), the grandson of Prophet Muhammad (PBUH).

Tens of thousands of people were taking part in the annual commemoration when they were fired upon without provocation.

Eight people were reportedly killed and an unspecified number of people were injured in the incident.

Zakzaky identified his movement’s “call for justice and peace” and opposition to oppression—an inspiration that it drew from the third Shia Imam, Imam Hussein (AS)’s struggle—as the reason behind its popularity and its attracting people from various, even non-Muslim, sects throughout Nigeria.

Overall, Zakzaky concluded, the state’s campaign to demonize the movement only managed to “boost its morale” and reveal its true non-violent and peaceable nature to “the people of Nigeria and the whole world".