FM: Iran Not to Tolerate Israel's Presence Near Borders 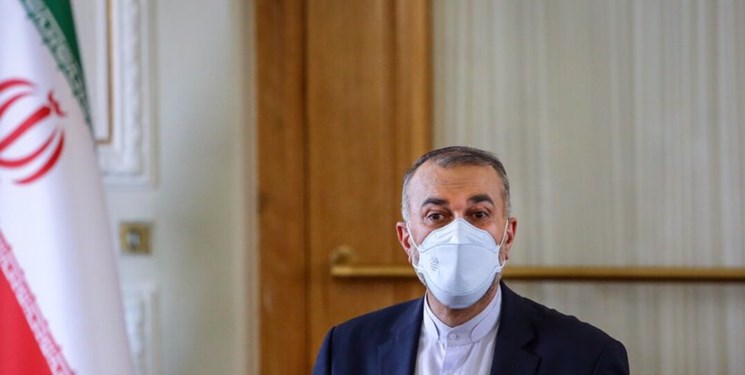 TEHRAN (FNA)- Iranian Foreign Minister Hossein Amir Abdollahian underlined that the Islamic Republic does not tolerate Israel’s presence near its borders, and said that Tehran will take the needed action in this regard.

"The Islamic Republic of Iran does not tolerate the presence and activities of the Zionist regime against its national security and will take due measures accordingly," Amir Abdollahian said in a meeting with Ambassador of the Republic of Azerbaijan in Tehran on Thursday.

He reiterated that the countries have the right to hold military exercises within their territories in line with safeguarding their national sovereignty.

The top Iranian diplomat, meantime, emphasized the importance of mutual relations between Tehran and Baku in the context of neighborly relations.

The new Azeri envoy, Ali Alizadeh, for his part, called for good and deep bilateral relations between Baku and Tehran.

Iran recently held military drills in the country’s northwestern border area, which was criticized by Azerbaijan.

Azerbaijani President Ilham Aliyev said he was “very surprised” by Iran's decision to hold drills close to his country’s borders, and questioned the timing of the maneuvers.

Reacting to Azerbaijan’s criticism, the Iranian foreign ministry spokesman said the Islamic Republic has only been exercising its right to sovereignty by holding the drills.

Saeed Khatibzadeh called the event "a matter of sovereignty", and underlined that the exercises had taken place towards contribution to “the entire region’s calm and stability.”

Moreover, the Iranian ambassador to Baku, Abbas Mousavi, said the exercises “can’t be seen as a threat to our friends", and that Azerbaijan had been informed about them months earlier.

Iran’s Armed Forces regularly hold military maneuvers to elevate their preparedness and military prowess. The drills serve as a warning message to the enemies against any act of aggression against the Islamic Republic.