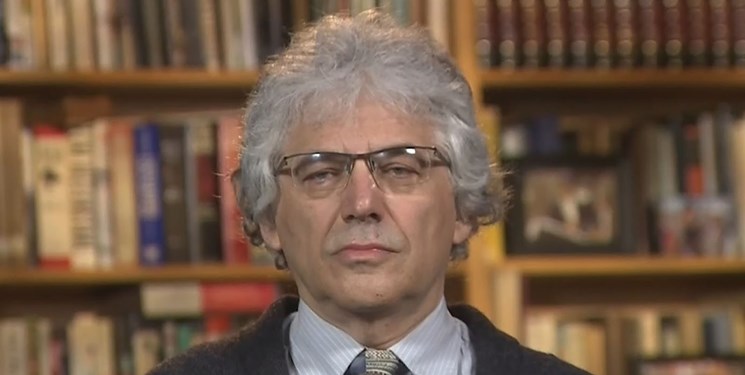 TEHRAN (FNA)- Vladimir Golstein, professor of Slavic studies, says the White House views Ukraine as an irritant to Russia, a big challenge for the US Democratic president who desires to rule the world.

Speaking in an interview with FNA, Professor Golstein said, “In its desire to punish Russia, Biden’s foreign policy team has decided to wave the red flag of Ukrainian unrest, hoping that Russia responds with an unwise move, generating more sanctions, more hostile rhetoric, more accusations and more threats… . Provoking Russia and generating sanctions is therefore a win-win situation for Biden.”

Vladimir Golstein, Ph.D., Slavic Languages and Literatures, teaches Russian literature at Brown University in Rhode Island, the US. He is the author of several books and numerous articles on Russian culture, religion, philosophy, and poetry, of the past two centuries, as well as the current foreign policy issues.

Q: Sanctions and more diplomatic pressure are among Russophobic moves Biden made in his first 100 days in office. Why did President Biden start his term in this manner?

A: On many levels this behavior was to be expected. Biden brought back the same people who have been driving Obama’s foreign policy, including its pro-Ukrainian, anti-Russian aspect. So one is not surprised that these people feel the need to reassert themselves and continue with their policies, which were interrupted by Trump.

Trump himself is another big reason behind these Russophobic actions. Many Americans voted for Biden not because he was promising or inspiring, but because he was different from Trump – the object of active if not irrational hatred. Unfortunately, Russia has become the target of this hatred, tied as it was to Trump by the endless and unproven accusations. We all remember how Hillary Clinton decided to play this Russophobic card in order to challenge Trump. The years of Trump’s presidency have become four years of the ever-increasing paranoia concerning Russia. Endless accusations, Russia-Gates, Impeachment hearings; while targeting Trump, these events were also directed against Russia. The anger directed toward Trump had to be released: Russia served as a natural target. Russia, which in imagination of many Democrats had brought Trump into White House, has to be punished. Biden clearly owes this punishment to his base, and that is what drives his actions now.

Q: Ukraine is becoming again a conflict zone, between the US and Russia. Is Ukraine just another excuse for Biden to get Russia into trouble?

A: That is the role that the US strategists have prepared for Ukraine: to be an irritant/threat to Russia. Of course, one can understand American and NATO’s interest in Ukraine. The country is an important part of the geostrategic game. Having NATO forces in Ukraine is the best thing that can happen both in terms of Western Europe’s security from the imagined Russian threat, and in terms of their capability to challenge Moscow.

But Ukraine has also become an important card in the game of Russophobia. The State Department, which once again is filled by those who have organized the Ukrainian coup under Obama, are very well aware that nationalistic anti-Russian Ukraine is the real irritation for Kremlin; it can easily serve as a trigger, as a red flag to a bull. Russians feels very strongly about their direct relatives – the Russian speakers of the Eastern Ukraine. Russian citizens easily identify themselves with Eastern Ukrainians, many of whom have Russian citizenship. Any threat to them would automatically generate a strong answer from any Russian leaders, since no leaders can afford to ignore the feelings of his citizens or the interests of his country for too long

These provocations play well with Biden’s base, which wants to sanction Russia, and it plays well with many US allies, who are scared of Russia and are happy to punish it. Provoking Russia and generating sanctions is therefore a win-win situation for Biden, and for many in Washington who are convinced that Russophobia is a winning card. Biden will continue to milk it, through Ukraine or some other hot spots. As far as the US military-diplomatic-intelligence–media establishment is concerned, there is no risk involved, convinced as they are that Russia would respond with an all out war.

Russia, indeed, does not need to respond with an all out war, nor is it afraid of sanctions or threats. If anyone stands to lose from this escalation, it is the Ukrainians on both sides of their East-West divide. Of course, history tells us that demonizing a country or a nation is not just morally wrong, but is also destructive and self-destructive. But until Americans remain convinced that what applies to other nations or historical periods, does not apply to them, they will continue on their course.

Q: Routinely, US Republicans brand themselves with nationalism and wars, and Democrats with globalization and peace. How do you see this kind of branding in action?

A: It is fascinating that the roles of both parties have reversed. But that is the trajectory, which both parties followed after the collapse of the Soviet Union. Republicans remain more pragmatic and more business and domestically oriented. They are willing to ignore the “ideological” or other differences as long as there is money to be made and domestic business to expand. Democrats, on the other hand, have become much more ideological and more global in their thinking and their economic approach tied as it is to global instruments such as finances, media, and the Internet. Consequently, Democrats feel the need to promote global control both on ideological and military levels. The countries like Russia, China or any other that insist on protecting its own interests and following its own course are viewed by Democrats as a dangerous challenge or threat. It was Democrats who invented and practiced the very concept of “humanitarian intervention.” They feel the God-given right to lecture, pontificate, threaten, and punish other countries. Republicans, on the other hand, still prefer to negotiate a good economic deal and ignore the issues of human rights. Consequently, Democrats have become a much more active and therefore much more dangerous party.