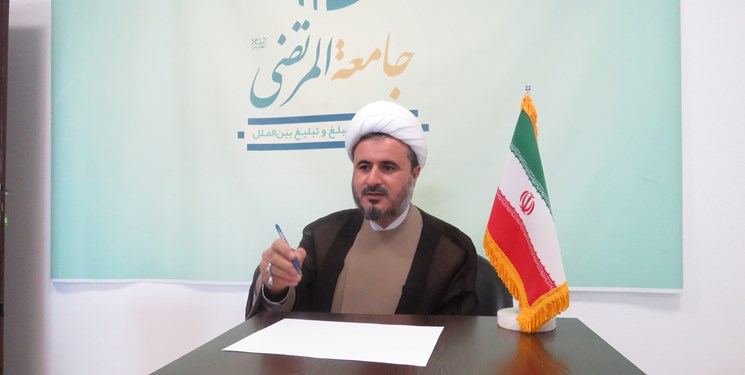 TEHRAN (FNA)- Hujatollah Davoodi, Islamic scholar, says the messages of the third Shia Imam’s move have led to various uprisings against oppression around the world throughout the history.

Hujatul-Islam Hujatollah Davoodi is a graduate of the Islamic seminary at a high level, with many years of teaching experience in seminaries and universities in the fields of Islamic sciences and education. He is a religious expert participating in various TV and radio programs.

Q: Iran says its Islamic Revolution of 1979 was inspired by Imam Hossein’s (PBUH) revolution of Ashura. How can that be possible that after 1400 years, Imam’s move remains inspirational?

The revolutionary goals and ideals of the Muslim nation of Iran are not only influenced by the goals of Ashura, but it must be said in precise language: The Islamic Revolution of Iran was formed exactly in line with the same goals of Imam Hussein (a.s.).

The newly grown revolution was watered during Hosseini's mourning ceremony and grew with Hosseini's slogans. The Muslim Ummah considered themselves to be following the path of Imam Hussein (a.s.), who rose up to achieve the goals of that Infallible Imam.

Q: How do you believe the followers of Imam Hossein (PBUH) respond to the Western agenda of Imperialism and Colonialism?

A: The people of Iran are the nation of Imam Hussein (a.s.) because they are people of resistance and stability and follow the "Ghassem Soleimani's thought "the security of our country is the product of resistance; not compromise or negotiation.” Experience has shown that wherever resistance and intransigence have taken place against the oppressors, the result is victory. The resistance of the Indian people against British colonialism is a clear example. This is the word of Mahatma Gandhi, the leader of India's independence, who says: I have read the life of Imam Hussein (a.s.), that great martyr of Islam, carefully and I have paid enough attention to the pages of Karbala, and it has become clear to me that if India wants a country to win, it must follow the example of Imam Hussein (a.s.).

Therefore, the West has not yet realized that the logic of maximum pressure does not work against maximum resistance.

Q: Do you believe the lessons taught by Imam Hossein (PBUH) could be beneficial to the people in the West?

A: One of the important points in Shia teachings is the issue of waiting for the appearance of a savior and the Promised One, and in different parts the savior is somehow mixed with the uprising of Imam Hussein (a.s.), because in both uprisings seeking justice and fighting oppression play a major role. If the world gets to know Imam Hussein (a.s.) they will better understand the Savior and the Promised One.

We have a duty to inform the people of the world about Imam Hussein (a.s.) and his uprising and the aims of his uprising, and the great movement of the Shia in their Arbaeen march is a good start for the awakening of the nations. By introducing Imam Hussein (a.s.) to the people of the world, in fact, they will stand against their oppressive rulers.