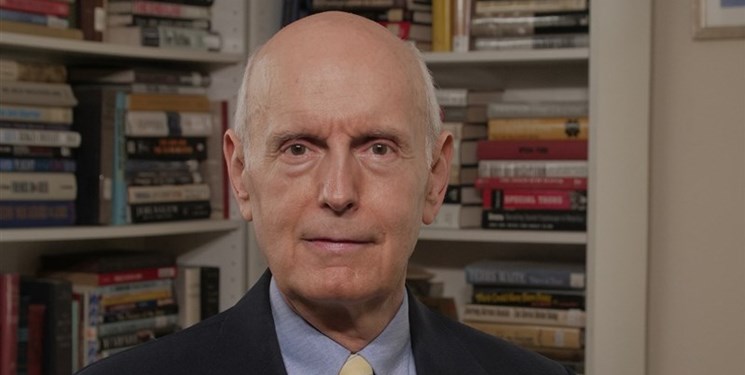 TEHRAN (FNA)- Jim W. Dean, journalist and political analyst, says the White House is pulling out American “uniformed” troops, and replacing them with private contractors whose casualties do not matter to American public.

Speaking in an interview with FNA, Dean said, “[Using contractors] avoids the inherent political risk of angry families who have lost loved ones in an orchestrated profiteers war.”

“Most [Americans] feel that those who want America to stay involved are motivated to benefit financially from participation in the military industrial complex… We have spent trillions of dollars on these ‘Forever Wars”, he added.

Q: President Biden has issued a new timeline to pull out American soldiers from Afghanistan, in contrast with the agreements made under President Trump. What are the consequences of the Biden administration’s move?

A: Biden may have good intentions, but many will view this as continuing the ‘musical chairs’ game the US and even NATO have played for a long time. When under political pressure for questionable engagements overseas, a reduction is announced which is in reality just pulling official uniformed troops out and replacing them with ‘private’ contractors.

Many of them can be US veterans, or even better, foreign, cheaper contracted troops whose deaths or disabilities are of no concern to the American public, and this avoids the inherent political risk of angry families who have lost loved ones in an orchestrated profiteers war.

The use of cheap, throwaway foreign contractor troops should be outlawed, and any country using them sanctioned. Let the business moguls send their own children out to die in some foreign conflict that they feel is so important.

Q: How does the US public view keeping the US troops longer in Afghanistan?

A: American casualties there have been few, as we have avoided ground combat. The average American has zero concern over who rules Afghanistan, as it has no impact on their lives and hence is not a security concern to us.

Most feel that those who want America to stay involved are motivated to benefit financially from participation in the military industrial complex; they want those jobs to go on indefinitely. We have spent trillions of dollars on these ‘Forever Wars’, which turned into a war on the US national debt to enrich the already rich.

Trump lied about pulling out of Syria, and the US has held Iraq in a semi-hostage status to maintain its bases there to prevent closer geopolitical relations with Iran. There are huge oil deposits in Anbar province that the Saudis and US would love to steal from Iraq, and hence the efforts to keep it weak. Over in Syria, the huge offshore oil fields that come onshore in Anbar province have Turkey sitting on them now, with no intention of ever leaving, we describe this as the nasty business of ‘asset stripping’ in the Intel world.

Q: Under the slogan of “war on terror” the US waged war on Afghanistan. The same motto was used in the US intervention in Syria and Iraq allegedly to fight Daesh (ISIS or ISIL) terrorists. How do you draw an analogy between US presence in Afghanistan, Syria and Iraq?

A: Ex-military and security people here in the US openly write about this legacy of the US regime change wars, where the people involved are always wanting to create job security for themselves by supporting US involvement.

Others would admit that, if it were not for the $100 billion in heroin coming out of Afghanistan, there would be less incentive to be there. We have confirmed that much of this money goes into funding ‘black’ operations beyond the control of Pentagon auditors.

US veterans have been concerned over the push toward creating a new Cold War at the hands of the usual money changer suspects. Its theory is that any regime that is not pro-American enough is a security risk, and hence, in self-defense, it must be overthrown and replaced.

The Iraqis and the Syrian people can tell you a lot about the horror we have inflicted on them, admitted by the former PM of Qatar on the Charlie Rose show in the US years ago, that the US coalition had spent $160 billion trying to Balkanize Syria and Iraq. It was a crime against humanity for which the guilty have not been punished.