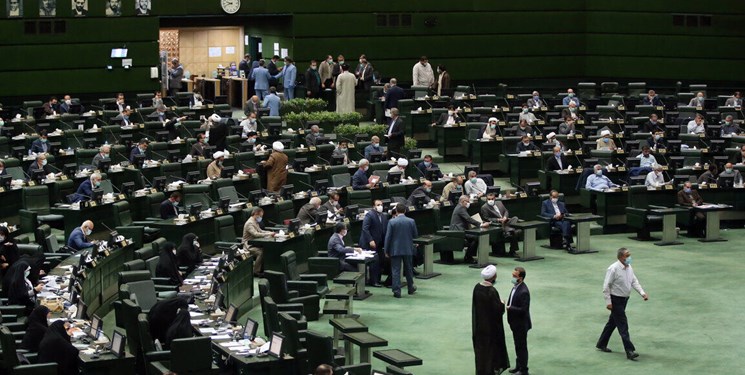 TEHRAN (FNA)- A sum of 165 lawmakers in a joint statement lauded the Iranian Army's wargames in the Northwestern part of the country, and warned that any border change in the region means crossing Iran's red-line.

"Any geopolitical change and alteration of borders of neighboring countries is a red-line for the Islamic Republic of Iran," the statement read out in the Iranian Parliament's open session on Sunday said.

It pointed out that Iran neither would tolerate any action by aliens in this regard nor allow the soil of other countries to be a base for the Israeli regime’s provocations.

They also said in the statement that the military exercise held along Northwestern borders of Iran was a peace message to neighbors and warning to the Israeli regime.

Iran has frequently proved brotherhood and good neighborliness with bordering countries, including the Azerbaijan Republic, the lawmakers said, adding that they expect Azerbaijan's government to reject any mischief-making by aliens and counter divisive actions.

The Iranian lawmakers, meantime, asked the Foreign Ministry to deliver their message to the governments playing role in the Caucasus region.

In relevant remarks on Friday, the Iranian Ambassador to Baku Seyed Abbas Mousavi blasted the remarks by the Israeli envoy to Azerbaijan, saying that the dreams of the child-killing regime of Israel for the Middle East region will never come true.

Mousavi's remarks came in reaction to the recent anti-Iran allegations by Israel's envoy in Baku.

"We have a special respect for all Jews, Christians, and other followers of the divine religions; But we are sure that the Republic of Azerbaijan and Palestine will remain Islamic countries forever," Mousavi wrote in his Twitter account on Friday.

"The dreams of Zionism for this region will never be interpreted," he added.

"Bahrain's despicable welcoming of Israeli foreign minister (Yair Lapid) to Manama is at odds with the will of the Bahraini people," Khatibzadeh said.

The Iranian foreign ministry spokesman reiterated that the visit left an "unremovable stain" on the reputation of that country.

Lapid arrived in Bahrain on Thursday to open the Israeli regime's embassy in Manama and sign cooperation deals with the Arab country.

Khatibzadeh lamented Bahrain’s ignoring of the Zionist regime’s daily atrocities against the oppressed yet resistant people of Palestine.

"Such actions will not give a boost to the legitimacy of the Zionist regime and will not affect the ideal of liberating al-Quds al-Sharif as the first qibla of the world’s Muslims," he said.

The spokesman also emphasized that Bahraini rulers will not be able to remove the mark of disgrace.

“The people of the region will continue to oppose the process of normalization of relations with the Zionist regime,” he added.

The protesters shouted “Down with Israel” and “Get out of Bahrain” to protest the normalization of ties with Israel, local media reported.

Palestinians have denounced the so-called Abraham Accords, calling them a “backstab” and a betrayal of their cause.