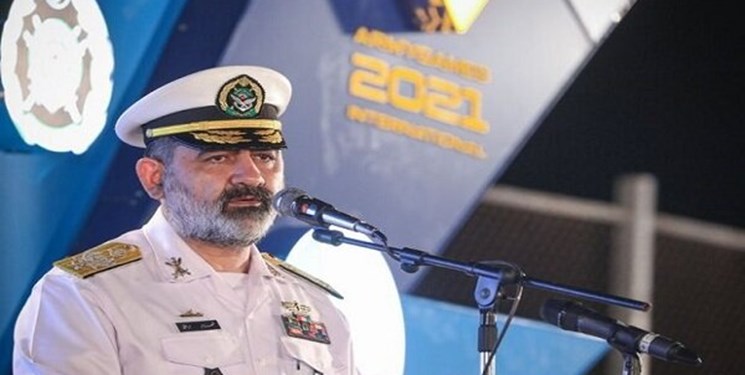 "The process of building and modernizing destroyer in Navy Force and defense industries of the country is going ahead and the country has attained self-sufficiency in the field of construction of destroyer in accordance with its operational requirements," Admiral Irani said.

He, meantime, pointed to the presence of the naval fleet of the country in strategic waters of the world, including the Atlantic Ocean, and said, "Iran's Navy Force can be present in any part of the world using sea with utmost power and might."

Admiral Irani reiterated that the Iranian Navy's fleet showcases the high capability and authority of Iran in the international arena and is the harbinger of peace, security and friendship.