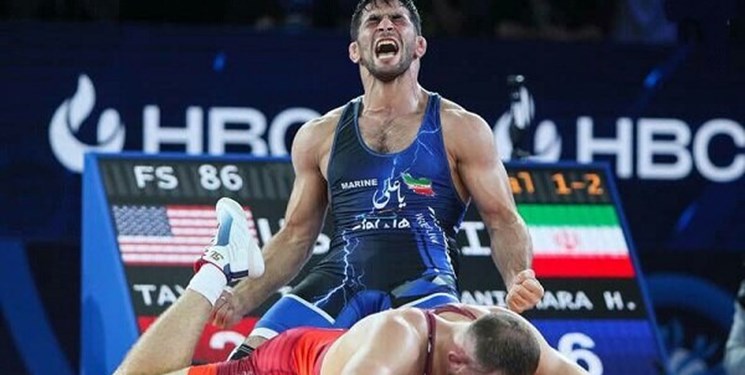 Iran’s Freestyle Team managed to earn one gold and three silver medals on third day of the event.

The Iranians who bagged 2 gold medals on Sunday, also had a great performance on Monday, with Kamran Qassempour grabbing the Gold in 92kg category.

The 25-year old Qassempour defeated J’den Cox of the United States in the semifinals, and delivered another powerful performance in the final, to beat Magomed Kurbanev of the Russian Wrestling Federation 8-4, and take team Iran’s gold tally to three.

In the 57 kg category, Alireza Sarlak bagged another Silver for Team Iran, in his 1st appearance at the World Championships. He suffered a 5-3 loss against America’s Thomas Gilman, who had won Bronze at the Tokyo games.

In the 65kg class, Amir-Mohammed Yazdani had to Settle for the Silver as well, after losing in just 2 minutes by technical superiority against European champion, Zagir Shakhiev of the Russian Wrestling Federation.

The 2021 World Wrestling Championships is being held on October 2-10 in Oslo, Norway.