Rev. Graylan Hagler: No Change for US Blacks by Conviction of Only One Cop 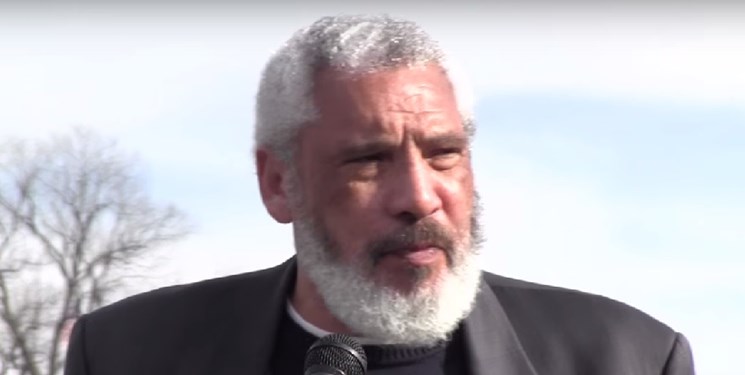 TEHRAN (FNA)- Graylan Hagler, senior pastor and political activist, believes conviction of the former police officer who murdered George Floyd is merely a minor incident in the 400-year trend of US police brutality against people of color.

Speaking in an interview with FNA, Reverend Hagler said, “White Supremacy is in the fabric that the nation was cut from. It was built upon oppression and destruction of people of color… Law enforcement is designed to harass and assault the Black community and to protect a paranoid white America from Blacks and people of color.”

Q: How do you view conviction of Derek Chauvin, the white police officer, for murdering George Floyd, a Black man?

A: Only a hand-full of police have been charged for the killing of Black people in Minnesota. Yet there have been numerous police shootings and killing of Black people in Minnesota. The use of phones, and readily available recording devices have made public what has been a localized and almost secret occurrence across America. As people celebrated the verdict that came in against Derek Chauvin, I reminded groups that I spoke to that I was not celebrating. I was pleased with the verdict but I am not celebrating because of the thousands of Black men, women, and other people of color over the last 400 years who have been killed at the hands of law enforcement, sheriff departments, and vigilantes that we will never know about. I am not celebrating because the conviction of one cop in a season of police killings and does not make a great difference. We need to rethink law enforcement in America and make the radical changes.

Q: We see hundreds of Americans shot dead by the police per year. What does it take to make a significant change?

A: People waited with baited breath for the verdict, and when the verdict against Derek Chauvin was finally released there was a collective sigh of relief. Some people felt justice was done, but others from some of the most right-wing media outlets suggested that he was only found guilty because the jurors were afraid of the reaction and riots in the streets. This statement points out the separate realities in America that is based on race. The fact that only a handful of white cops have been charged, let alone convicted, of the killing of a Blackman in 400 years demonstrates that law enforcement is designed to harass and assault the Black community and to protect a paranoid white America from Blacks and people of color.

Currently there is no centralized database or mandatory reporting of police shootings and killings. Therefore, we really do not know the numbers of people who have been killed at the hands of law enforcement. Police have generally been shielded from civil action and obviously from criminal action. Also, there is no public disclosure of the record of a police officer and that means that a chronically violent, racially sick, and emotionally disturbed cop is not taken off the streets or held accountable for their actions.

Q: The US justice system is hesitant to serve justice in cases related to the people of color. How should that be fixed?

A: White Supremacy is in the fabric that the nation was cut from. It was built upon oppression and destruction of people of color, the original peoples in the America, were infested with disease, killed, removed from land, and corralled onto wastelands called reservations. Africans were imported as free labor, and the country became rich off of slave labor and even fought a war to maintain and protect the system of slavery. When slavery was abolished the states put in place laws, eventually, that kept Blacks from voting, owning land, working certain jobs, and were attacked by whites in race riots aided by military in some cases and law enforcement in all cases. This stage of history, white race riots, is known as Red Summer. The only way the system can be fixed is that we must alter its one piece at a time.