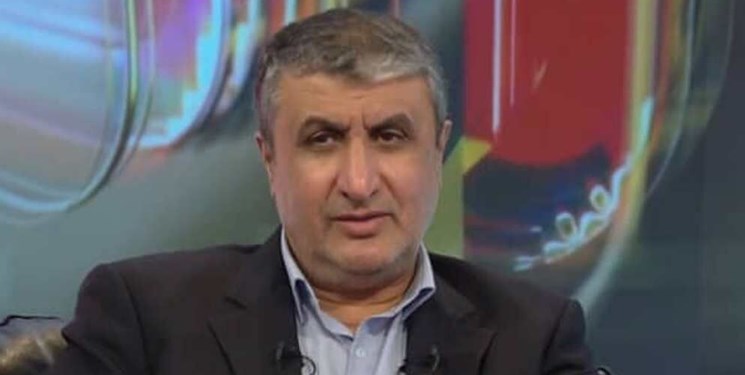 TEHRAN (FNA)- Iran’s Vice President and Head of the Atomic Energy Organization of Iran Mohammad Eslami underlined that the AEOI will keep on paving the path of peaceful nuclear energy and technology, and called for the support of the International Atomic Energy Agency (IAEA) in a bid to help the country achieve its goals.

"We tried to mention Iran’s positions, approaches and policies to the world and clearly told the IAEA that we do not like their selective behavior and they should block the path of political influence; our criteria are law, safeguards and NPT to which we are committed," Eslami said on Saturday night while addressing a live TV program.

The AEOI chief pointed out that peaceful nuclear activities against the proliferation of nuclear weapons are among the joint commitments by countries and are established based on regulations introduced by the IAEA.

Eslami said that the JCPOA cameras are different from those set up by Safeguards and no one will have access to safeguard cameras’ information after being reviewed by IAEA inspectors.

In relevant remarks on Friday, Iranian President Seyed Ebrahim Rayeesi underlined his country's peaceful use of the nuclear technology, and said Tehran is resolved to continue the same path in future.

"Nuclear knowledge in the future will determine the remarkable scientific development and progress of countries, and we should not lag behind the world's scientific movement," the Iranian president said in the southern province of Bushehr on Friday.

He reiterated that Iran needs wise and purposeful planning for the sustainable development of the nuclear industry based on the latest international standards in order to stand at the top economic, scientific and technological position in the region.

"The necessary mechanism has been developed in this regard and provided to the Atomic Energy Organization of Iran (AEOI)," President Rayeesi added.

He, meantime, said that the Bushehr Nuclear Power Plant is currently operating at its nominal capacity and producing over 1,000 megawatts of electricity, but the figure would be tripled in its development phases.

"One of the important missions of the Atomic Energy Organization is to increase the country's electricity generation capacity to up to 10,000 megawatts which will be materialized within the next three years," the Iranian president further said.

In a relevant development last week, Eslami said Tehran would continue the development of its peaceful nuclear program to meet its acute need for electricity and produce radiopharmaceuticals to be used in medicine, industry, agriculture, and the environment.

"Iran is now facing an acute need for electricity. Therefore, we have set a goal to meet 50 percent of the country’s demand for 10,000-16,000 MW of electricity by building new nuclear power plants with a combined capacity of 8,000 MW. This is currently the principal objective of the Atomic Energy Organization of Iran," Iran’s nuclear chief said.

The Busher power plant started operating in 2011 and reached full capacity the following year, but Iran and Russia agreed to expand it.

They signed a number of documents in November 2014 for the construction of up to eight new nuclear power plants at the site and expand cooperation in the field of peaceful use of atomic energy.