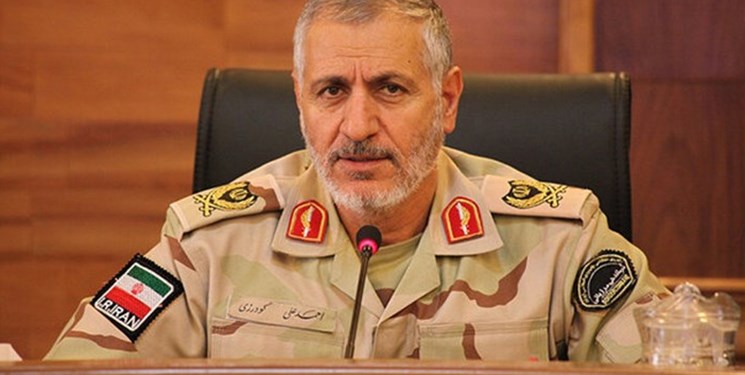 TEHRAN (FNA)- Iranian Border Guards launched a military drill in the Northern waters of the Persian Gulf on Sunday.

During the militarty drill, the commandos and special forces of the Border Guards displayed their defense and combat capabilities in the Northern waters of the Persian Gulf in a bid to ensure the security of the country's borders.

Iranian Border Guards Commander Brigadier General Ahmad Ali Goudarzi underlined that the duty of Border Guards at sea borders is to control and coordinate border exchanges and establish maritime discipline in a way that ensures the security of the Persian Gulf region.

He reiterated that under the auspices of Supreme Leader of the Islamic Revolution Ayatollah Seyed Ali Khamenei, security of the Persian Gulf is under the strict supervision and protection of the Armed Forces which is necessary for the country and also neighboring countries.

"The purpose of the military drill is to improve the operational capacity and rescue at sea, to fight against all kinds of smuggling at sea," General Goudarzi said.

In a relevant development in early September, the Fifth Eqtedar (Authority) Naval Drill was held owith a parade of the Islamic Revolution Guards Corps (IRGC) naval vessels in the waters of the Persian Gulf.

"The exercise was attended by 30 heavy vessels and 120 light vessels," Commander of the Second Naval Region of the IRGC General Ramezan Zirahi said.

He pointed out that the movements of the enemies were around the clock in the naval drills.

"The navy of Islamic Iran is at the peak of its authority and readiness," General Zirahi said.

In relevant remarks also in September, Commander of the Iranian Navy Rear Admiral Shahram Irani underlined that his country stands against the enemies which seek to distort the security and tranquility of the region.

Iran has always been a country that invited all the regional countries to peace and friendship, Rear Admiral Irani said, addressing a ceremony to end the 6th round of the World Army Deep Diving Competition in Konarak, Sistan and Balouchestan province in Southeastern Iran.

"We will never allow any countries to disrupt security and peace in the region. We stand on our own two feet," he added.

Rear Admiral Irani considered "power" as one of the messages of this competition, saying, "These competitions show the solidarity of nations, which has led to the establishment of peace and friendship based on endurance and resistance, fighting against arrogance, improving self-confidence and self-sufficiency."

"Some countries do not want to see the free-seeker countries together, and we try to host different world military competitions every year with the available capacities and improve the quality of the competitions," he added.

The Commander also expressed the hope that more countries would attend the next rounds of competitions in Iran.

The 6th round of the World Army Deep Diving Competition, as part of the International Army Games, kicked off in Konarak on August 22 and was attended by over 100 athletes from six countries including China, India, Russia, Syria, Venezuela and the Islamic Republic of Iran.

Hosted by Iran’s Army Navy at 3rd Strategic Navy Force, in Konarak Port, the competition wrapped up on Sept. 1.