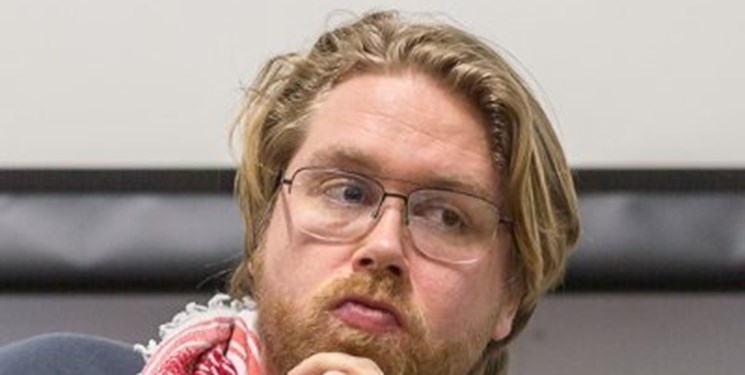 Speaking in an interview with FNA, Dodd said, “Supported by US National Security Doctrine, training, as well as Israeli expertise and experience acquired from its own state terrorist activities against Palestinians and others, the Colombian state has often outsourced its violence to private military actors… Colombian mercenaries are exported globally and found engaged in places as distant as Venezuela, Yemen, to Iraq and Afghanistan.”

Oliver Dodd is a journalist and PhD Researcher at the University of Nottingham in the UK. He works on Colombia’s armed conflict and peace processes.

A: With the extensive support of the United States and Israel, Colombia’s state has intentionally created a thriving paramilitary and mercenary industry. Supported by US National Security Doctrine, training, as well as Israeli expertise and experience acquired from its own state terrorist activities against Palestinians and others, the Colombian state has often outsourced its violence to private military actors. A large number of the Colombians involved in the assassination of the Haitian president, Jovenel Moise, were trained by the US and very likely Israel given their systematic involvement in Colombia, including in high-value-target operations and targeted assassinations. In other words, supported by Colombian state policies and its external sponsors, Colombia is a world leader when it comes to the use and export of mercenary actors. With Colombian mercenary’s generally ex-military combatants or associated with state-sponsored paramilitaries and trained by the best of the US and Israeli military and mercenary forces, not to mention Colombia’s own extensive experience of conducting military activities against civilians and anti-imperialist insurgents, Colombia’s mercenaries tend to have outstanding technical know-how and experience in military operations. In short, because of the strong links with US and Israeli forces and learning from the experience of having the oldest insurgency in Latin America, Colombia enjoys a clear comparative advantage on the mercenary marketplace, explaining why Colombian mercenaries are exported globally and found engaged in places as distant as Venezuela, Yemen, to Iraq and Afghanistan.

Q: Why is the oldest insurgency in Latin America growing, despite the 2016 peace agreement?

A: One of the underlying explanations as to why the insurgency, led by FARC and ELN, is growing despite the 2016 peace agreement is because the Colombian state has refused to address one of the leading causes behind the civil war – state terrorism and the mercenary-military-industrial complex. There are extremely powerful economic and political interests associated with the continuation of state repression and political violence. Colombian, US, and Israeli multinationals associated with the mercenary-military-industrial complex benefit enormously from financing and supporting state, mercenary, and paramilitary forces, as part of the on-going conflict. At the same time, Colombia is the leading US proxy and client-state in Latin America and the country is critical to US geostrategic concerns. Acting as the key gateway to Central and South America, the Panama Canal, and bordering five countries, as well as benefiting from a balanced economy with plenty of agricultural and natural resources, the US has long chosen to prioritise Colombia as a client-state. Added to this is the reality that Latin America is an area that has long been engaged in resistance to US expansionism and aggression – hence, Colombia has been chosen by the US elite as a staging-ground to conduct foreign military activities and special operations, alongside hybrid warfare, especially against Venezuela and subaltern social forces. In short, for the purposes of securing continued control and domination by elite political and economic interests, it is no surprise that Colombia and the US have refused to downgrade their repressive activities, which goes some distance to explaining why Colombian insurgents have continued to expand despite the 2016 peace agreement.

Q: You mentioned Colombia’s state terrorism is linked to the US and Israel. The US considers Latin America its backyard; but, how is Israel involved in Colombian affairs?

A: Israeli forces have long been very significant sponsors of Colombia’s army, police, navy, air force, and armed non-state paramilitary actors. The main instrument of state violence in Colombia is the Galil assault rifle, an Israeli weapon. This weapon is seen across all the branches of Colombia’s repressive forces. Other Israeli military products are found in Colombia’s counter-insurgency activities, including the extensive use of surveillance and armed drones, and the Tavor TAR-21 assault rifle. The Israeli-produced armoured Sandcat vehicle was filmed chasing and terrorising civilian demonstrators during recent national mobilisations against spreading inequality and state violence starting from 28th April. Benefiting from the enormous experience acquired in its own repressive activities, the IDF have played a big role in training Colombia’s military, such as in the conduct of counter-insurgency operations, intelligence gathering, targeted assassinations, cross-border military interventions into states like Venezuela, alongside hybrid warfare in general, and more. Ex IDF turned Israeli mercenaries have also been involved in training paramilitary death squads in Colombia. Moreover, thanks to US and Israeli support, Colombia is today increasingly employing highly trained but covertly used commandos as part of its hybrid warfare and special operations strategy, especially in foreign states like Venezuela. Consequently, as the second most important military sponsor after the US, Israel can be characterized as a leading supporter of Colombia’s proven record of state terrorism.